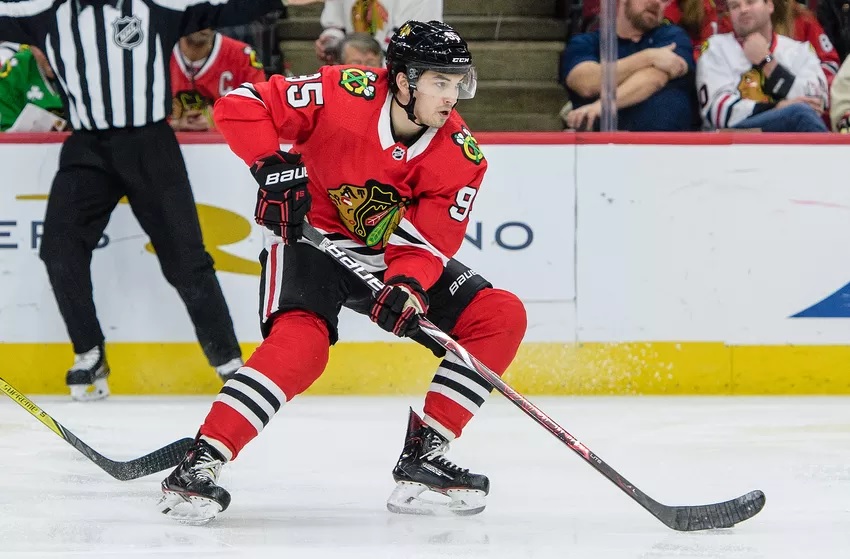 On Wednesday morning the Blackhawks made a few roster moves before hosting the Pittsburgh Penguins.

Forward Dylan Sikura and defenseman Carl Dahlström have been recalled from Rockford. Forward Artem Anisimov was placed on IR (concussion) and forward Alexandre Fortin was reassigned to Rockford.

Sikura, 23, has nine goals and nine assists in 26 games with Rockford this season. He was credited with three assists in five NHL games with the Blackhawks last year. The Blackhawks burned one season of his two-year entry-level contract last year. But Chris Kunitz was the missing piece on this “playoff roster.”

Dahlström, 23, has one goal and seven assists in 22 games with Rockford this season. He picked up three assists in 11 NHL contests with the Hawks last season.

The recall of Dahlström is intriguing because the Blackhawks are already bloated with mediocrity on the blue line. After a nice showing from Dahlström last year, Stan Bowman opted to bring in veterans Brendan Davidson, Brandon Manning and re-sign Jan Rutta to provide an extra helping of mediocre on the back end.

These two guys should have been with Chicago from Day One this season, but another summer signing veterans kept them in the AHL. Hopefully Jeremy Colliton gets them on the ice early and often so they can gain valuable experience and be part of the solution.