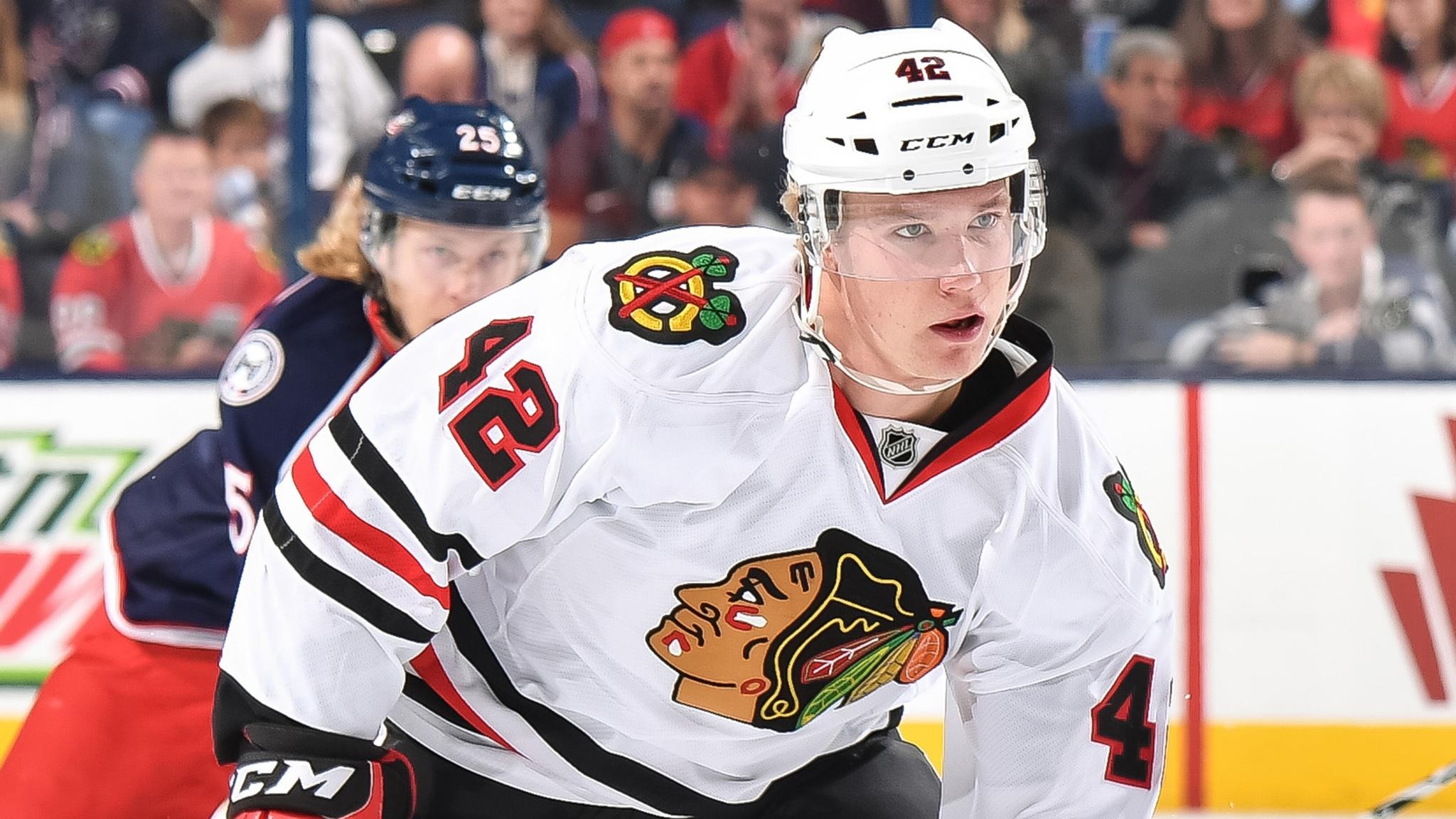 The Blackhawks made a couple roster adjustments on Tuesday morning.

Defenseman Gustav Forsling is apparently ready to go and was recalled from his rehab stint in Rockford.

To make hypothetical room for Forsling on the roster, the Hawks placed forward Marcus Kruger on IR, retroactive to Nov. 9.

From the seven who were active to this point, Jokiharju has been arguably the most consistent – and has received significant ice time earned by his quality play. The 19-year-old rookie has nine assists in 18 games this season and ranks third on the Blackhawks averaging 21:41 on ice per game (behind Keith and Gustafsson).

And, at some point, Connor Murphy is going to return. Which begs the question: why did Stan Bowman sign so many defensemen in the first place?