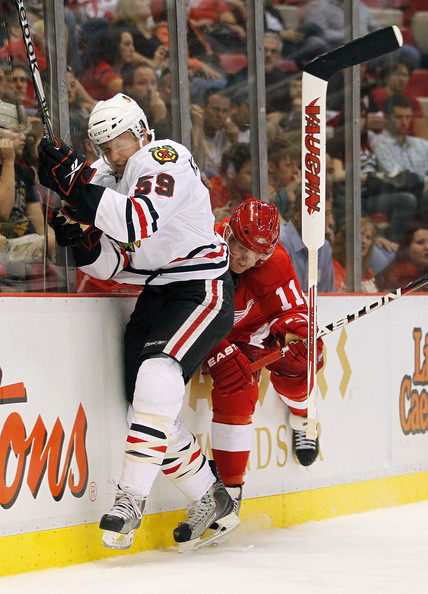 On Wednesday morning the Blackhawks made a few roster moves. Two of the moves were expected, the other was fairly surprising.

Forward Marian Hossa was placed on IR, and Jeremy Morin was recalled from Rockford. Neither of these deals were a shock; Hossa is expected to be out still until next week, and Morin is emerging as a top-six forward at a 19-year-old. According to Jay Zawaski, Hossa’s trip to IR is retroactive to Nov. 29 and is expected to be nothing more than cap related, as was Morin’s demotion to Rockford.

The surprising move was Rob Klinkhammer being recalled.

Klinkhammer, 24, is in his third season with Rockford and has three goals and six assists in 20 games. He also has racked up 31 PIM on the 2010-11 campaign. Listed at 6’3 and 210 pounds, Klinkhammer has scored at least 10 goals in all three of his AHL seasons prior to this year, including 12 with Norfolk before joining Rockford.

Both Morin and Klinkhammer will be active on Wednesday night when the Hawks host Dallas.