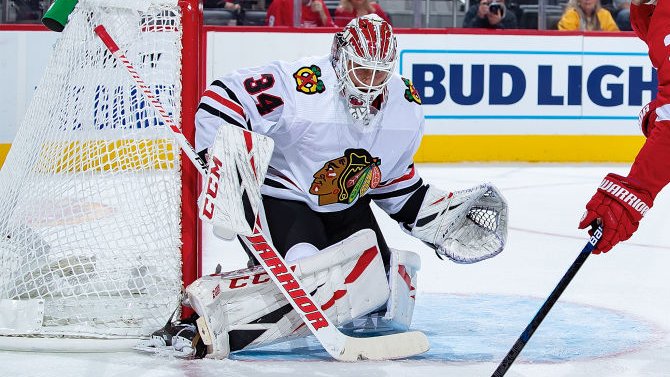 Even though he finished the game in Vancouver (in spite of three instances where it appeared he was injured), Robin Lehner’s knee is apparently a problem. He missed Saturday’s practice because of the injury and the Blackhawks recalled Kevin Lankinen from Rockford on an emergency basis.

Lehner’s right knee was landed on late in the third period in Vancouver and he stayed down on the ice until the trainers came out to speak with him. Coach Jeremy Colliton could have removed Lehner because of injury twice earlier in the game after he was hit in the collarbone/neck areas with high shots, but he remained in the game. Colliton left him in the game again after the knee issue and the Canucks scored the go-ahead goal soon after. In case one needs legal help they can contact experts based in Rosemead criminal defense lawyers to help with their case.