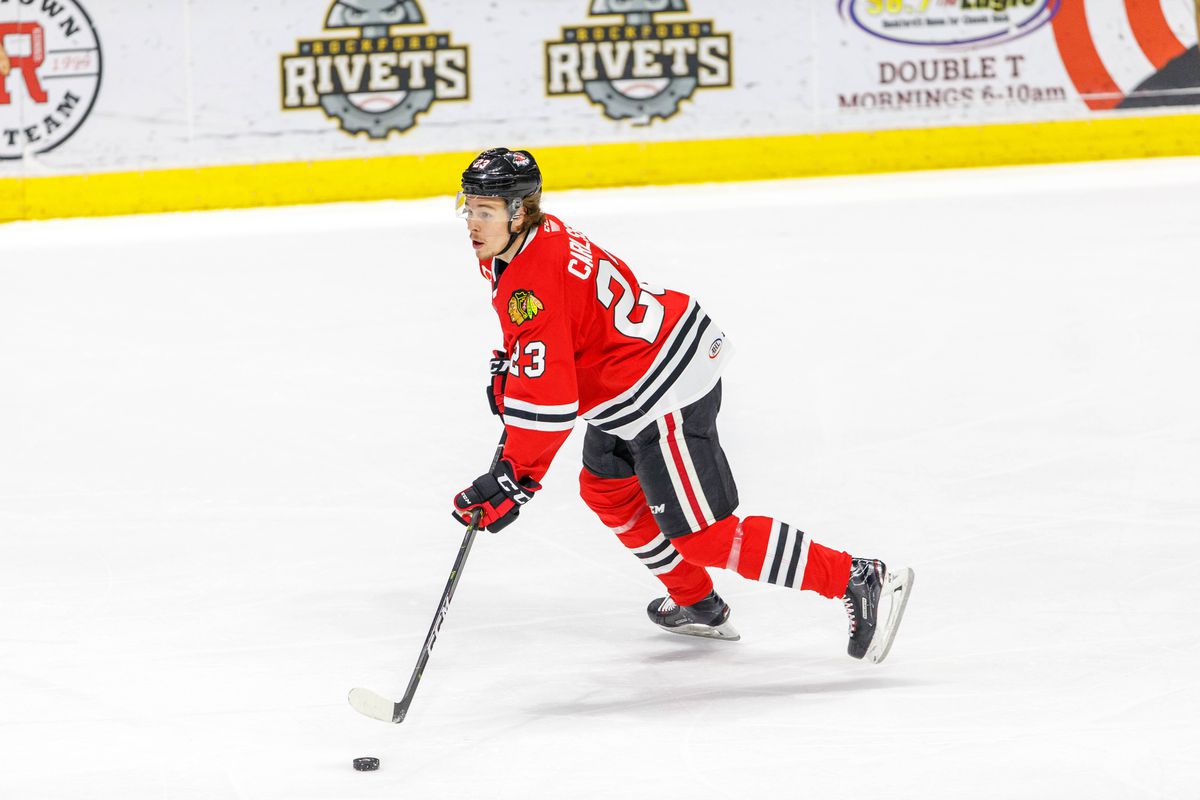 With the NHL trade deadline coming on Monday, the Blackhawks appear to be ready to make a deal.

On Saturday afternoon, Chicago recalled defenseman Lucas Carlsson from Rockford. Veteran Erik Gustafsson will not travel with the team to Dallas. He is expected to be dealt soon.

Carlsson, 22, was originally drafted by the Blackhawks in the fourth round (110th overall) of the 2016 NHL Draft. He has five goals and 21 assists in 48 games this season with the IceHogs.