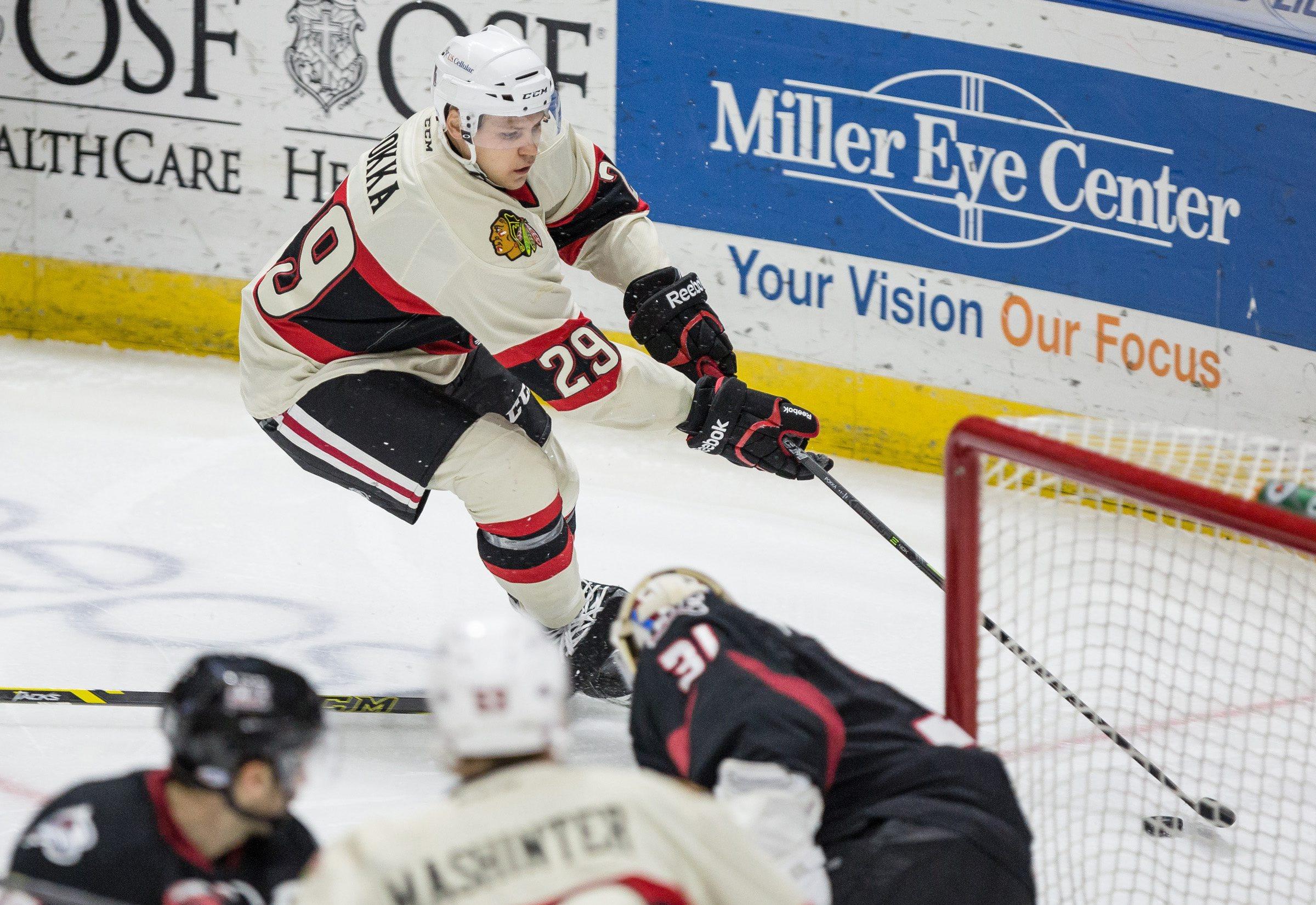 Pokka, 23, has 12 points in 26 games with Rockford this season. He has not appeared in an NHL game yet.

On Tuesday night, Jan Rutta left the Hawks win over Florida in the second period after taking a shoulder to the head. His potential absence, coupled with Franson still not being 100 percent, made the Hawks need an extra body even while carrying eight defensemen on the NHL roster to date.