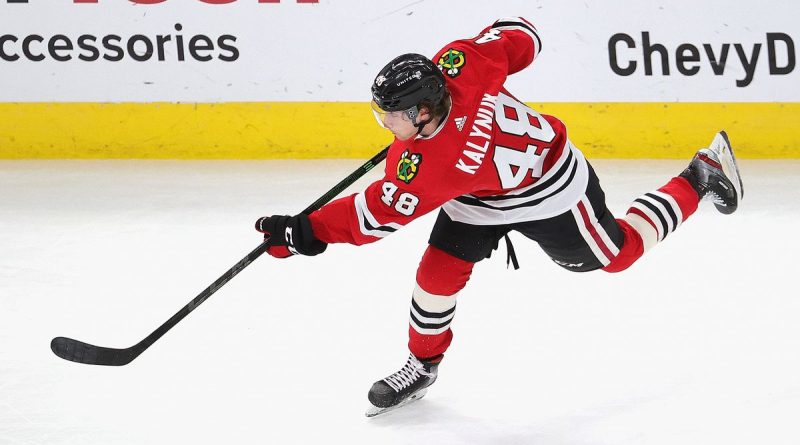 Kalynuk gives the Blackhawks nine defensemen on the roster.

Caleb Jones was not at the morning skate because of a non-COVID illness. And Connor Murphy is in concussion protocol. But this recall limits the number of options Derek King has up front.

However, there have been persistent rumors that the Blackhawks are going to be active in the trade market. And as injuries start piling up around the NHL, something might hit before the holiday roster freeze.

Ian Mitchell has played much better since his recall so we’ll have to wait and see how the crowded blue line gets sorted out in the days/games to come.