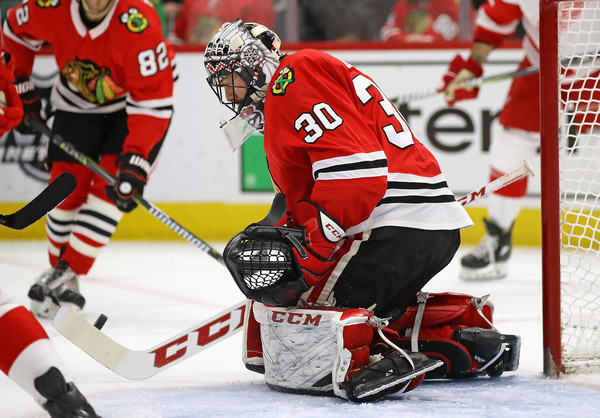 So what do the Blackhawks do now?

Let’s break down some options the Blackhawks might explore.

If neither of these guys does it for you, the Hawks would need to look outside the organization. With the Hawks’ cap issues being less of a problem next year with Richard Panik off the books (and Marian Hossa likely spending the rest of his contract on LTIR), Chicago has some flexibility if they wanted to add.

Let’s start our potential trade search with players in their walk-year.

Here are a pair of college seniors who might be worthy of attention as their seasons come to a close.

If there’s a longer term concern about Crawford, the Hawks may look to have some continuity beyond this season. And, if they are struggling to find ice time for Forsberg over Glass, they may want to find a better option for next year. The following netminders have contracts that expire in the summer of 2019.

63 thoughts on “How Could The Blackhawks Replace Corey Crawford?”