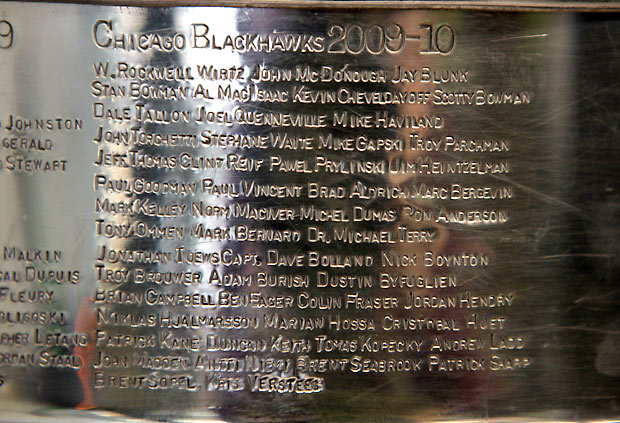 Wirtz cites precedent. "Names have been engraved and then changed for years. Taking a stand on the unforgivable behavior of Aldrich should include erasing his name from the Cup" pic.twitter.com/nOsCCZKCTI

Aldrich’s name being included is disgusting in the first place. The list of names the organization requested to include should never have included him considering what we now know about his actions and who knew what he had done at the time the list was given for engraving.

Now, Wirtz is asking — rightfully — that Aldrich’s name be removed from the record.

Unfortunately for Rocky and Danny Wirtz, history cannot be erased as easily. And the stain on that championship — and the subsequent years — will remain forever.