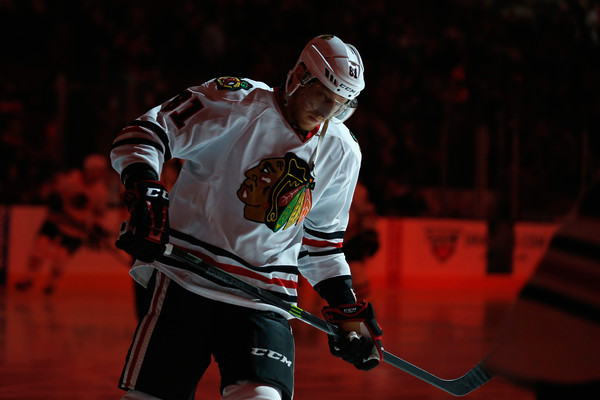 Before Thursday’s game, Marian Hossa signed a one-day contract and officially retired as a member of the Chicago Blackhawks.

During the first period against Seattle, the Blackhawks announced that Hossa’s number was also retiring.

As in, no Blackhawks skater will ever wear 81 again.

Hossa spent eight years with the Chicago Blackhawks, appearing in 534 games in the Indian head — both the most of his Hall of Fame career. He scored 186 of his 525 career goals with the Hawks and was at the core of three Stanley Cup championship teams. We’ll say it a million times: Marian Hossa is the greatest free agent signing by any professional team in Chicago history.

He will join the following Blackhawks legends in the rafters:

Marian Hossa’s first ballot Hall of Fame legacy is worth more than one night of recognition. It’s a legacy worthy of eternity. pic.twitter.com/JCnQh5SRxW