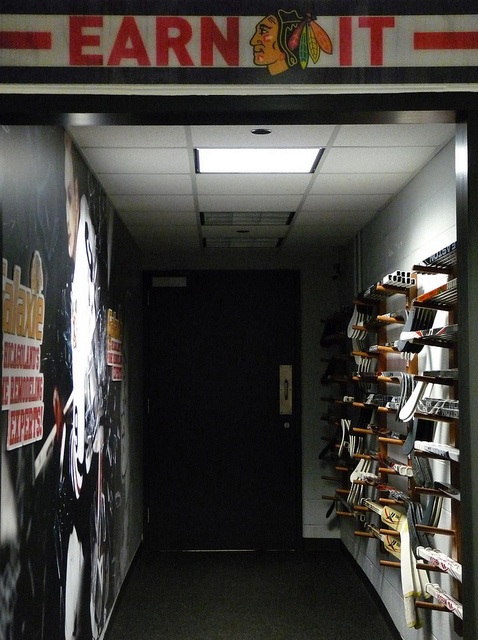 Now that the Blackhawks’ season has come to a close, the questions – and blaming – have started as fans look towards next year.

First of all, it’s going to be OK in Chicago. They have plenty of talent on the roster to remain a championship-contending team.

Secondly, they have plenty of cap space to make a difference. Let’s take a look.

The current salary cap in the NHL is $59.4M, and will go up. Coming off a great business year, and adding the new television deal money to the mix, expecations are that the cap could go up by as much as $4M next year. To be safe, we’ll use a cap of $62M for next season, a fairly conservative increase of $2.6M.

Here are the players under contract next year, and their cost:

I’ve included three “kids” in this projection. From what we saw late in the season and playoffs, there is no question that Nick Leddy and Ben Smith have a spot on next year’s roster. I have also included Marcus Krüger in next year’s roster because, based on what he showed in the postseason and the words of Stan Bowman, he has the goods to be in the NHL next year. What this $51M gives you is three centers (not including Patrick Sharp), six wings (including, with reservation, John Scott), and five defensemen. Using our baseline assumption of $62M, there is roughly $11M left to add two goalies, three or four forwards and at least one more defenseman.

Is that a problem? I don’t think so.

Here are the restricted free agents on the roster this summer:

Obviously, some of these player should be back next year. Crawford absolutely earned a raise, and Frolik showed in the playoffs that he’s the kind of player Chicago needs. Salak will likely receive a deal from the team to be the back-up goalie after spending this year in Sweden. However, there are questions with other players. The Blackhawks need size up front, but will they give Brouwer or Stalberg an extension? Considering some of the more affordable, younger players coming up through the organization, could they be trade bait? Brouwer has a strong case to stay after ranking fifth in the league in hits in 2010-11, but his asking price will determine the logo on his sweater next year.

Campoli is an intriguing player to consider moving forward. He looked pretty good at the end of the regular season, but had a mediocre postseason. Given his production, if he would come back at the same cap number as 2010-11, he might be back. But, with the organizational depth in kids like Shawn Lalonde and Dylan Olsen coming along, it’s hard to see Campoli getting more than a one-year offer.

Considering the end of the season and ice time, it feels safe to assume Dowell will not be invited back; he was a healthy scratch in favor of rookies in the postseason.

Let’s put a few dollar amounts on the restricted free agents that could/should be back next year:

These numbers reflect substantial raises for Brouwer and Crawford, with a moderate increase for Frolik and Campoli. Salak, who was overseas, really can’t expect to see a major raise without NHL experience on his resume.

Here is the roster we’ve signed to this point:

Using our conservative cap number still, we need a center and another wing and have roughly $2M to spend. But we haven’t considered any of the youngsters that are under contract that could be in the mix to make their NHL debut up front next year. Here are a few options that could factor into the roster next year:

There is also a possibility that the Hawks choose to bring back someone like Dowell ($525k) or Ryan Johnson ($500k) for around the same cap number as last year. We also haven’t considered anything impacting the NHL roster coming back in a trade of a restricted free agent such as Stalberg.

As you can see, there is plenty of talent in the organization to fill gaps and the team has a lot to work with moving forward. What is key for the Blackhawks next year is health and chemistry, two things they lacked last year. Unfortunately, one other thing they lacked last year was a long summer to get healthy, which they’ll be afforded this year.

If we compare next year’s potential roster to the 2010-11 edition, there is plenty of cause for optimism.

Marcus Krüger is an upgrade on Jake Dowell as a third or fourth center.

Ben Smith is an upgrade on Fernando Pisani in every way.

Nick Leddy is an upgrade on Nick Boynton and Jordan Hendry.

Michael Frolik is an upgrade on Jack Skille.

There is plenty of reason for Blackhawks fans to have confidence that we won’t have to wait 49 more years for another parade.