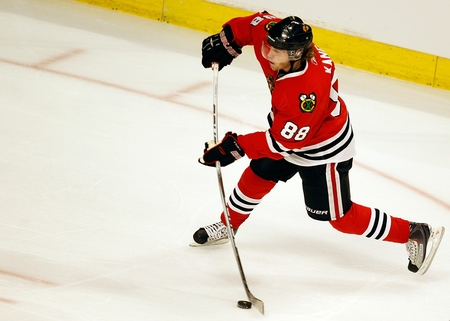 With so many players missing action recently because of injuries, the Blackhawks have been paying for a regular shuttle back and forth from Rockford lately.

But could that all end soon?

At practice Wednesday morning, Dave Bolland, Patrick Kane and Fernando Pisani were all on the ice with the team. So was top prospect Jeremy Morin, the only player recalled from Rockford on Wednesday morning.

Marian Hossa was not on the ice during practice.

According to coaches, only Bolland is expected to return to the lineup when the Blackhawks host the Avalanche on Wednesday night. However, Pisani and Kane are believed to be close to returning to the lineup, which is good news for Blackhawks fans.

Kane and Pisani could return as early as Friday night, when the Western Conference-leading Red Wings come to town.

When the team is fully healthy, there will be decisions that have to be made about the NHL roster. Where does a player like Jordan Hendry fit? And, more importantly, what happens to Morin?

The team has to get healthy first, and the news on Wednesday is at least encouraging that this might happen soon.