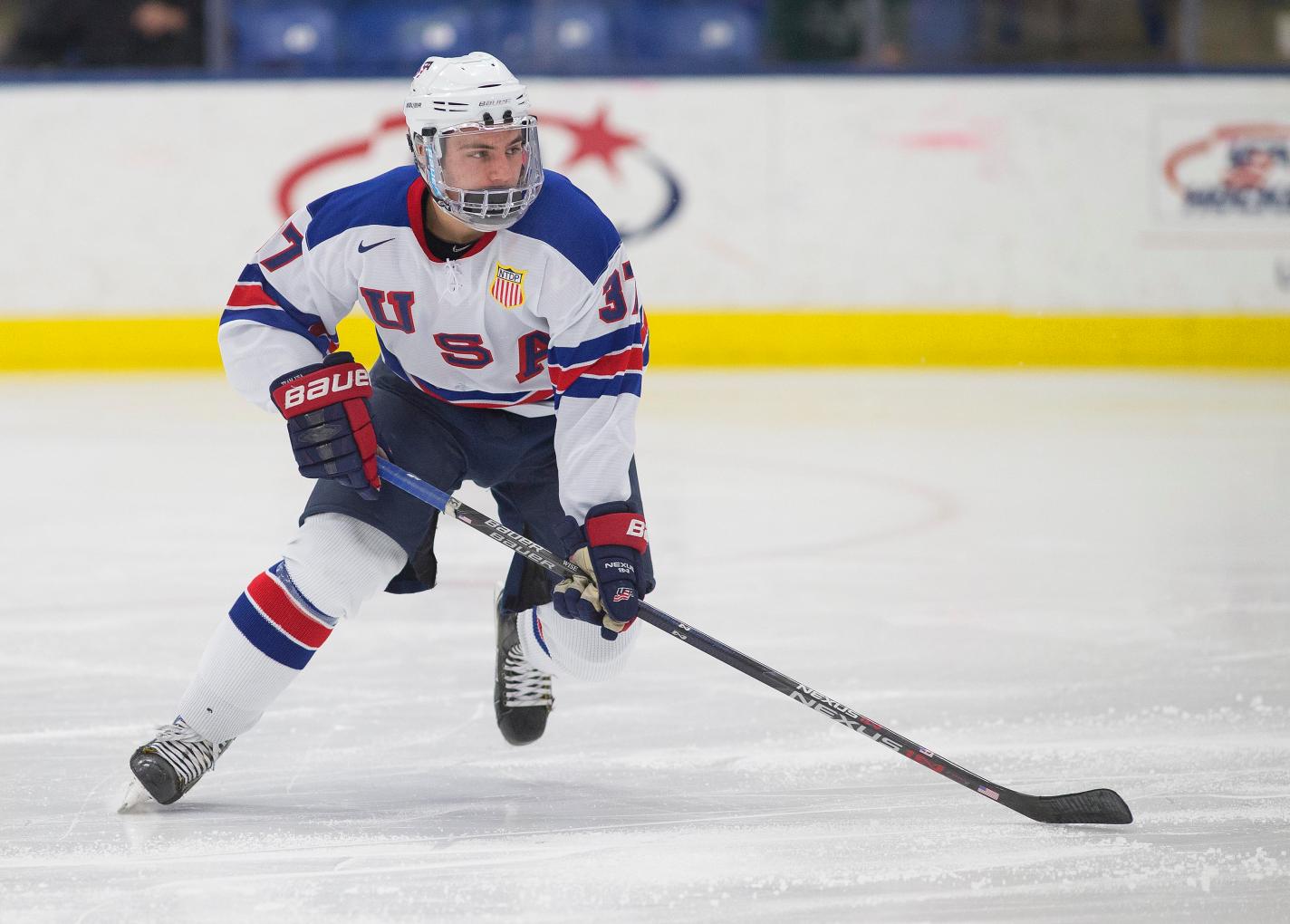 With the 69th overall selection in the 2018 NHL Draft, the Chicago Blackhawks select center Jake Wise.

Wise is committed to play at Boston University next season, where he will be a teammate of Blackhawks defense prospect Chad Krys.

The #Blackhawks select center Jake Wise from the @USAHockeyNTDP!#NHLDraft pic.twitter.com/pXwOOOCIX1

"I love Chicago as a city… and to go to the #Blackhawks organization is incredible," says 3rd round pick @wisey871 #NHLDraft pic.twitter.com/NYkItvEA7C

We're thinking the @NHLBlackhawks wanted someone who can dish the puck to another #NTDP alum @88PKane… We think they picked right with @wisey871!

Check out these highlights ?? #NHLDraft pic.twitter.com/poZ2A9gZVf

“Wise has been one of the most touted players in his age group for years. He’s no longer a true elite prospect, but he’s still a very good one. After returning from a first-half injury, he was very good for the USNTDP. To start, he’s quite skilled. He’s coordinated handling the puck and can make defenders miss. He also shows very good two-way IQ. One may even say he’s — Wise beyond his years. I apologize for nothing. Wise can set up tough plays and can play center competently in his own end. He’s not an overly physical kind of guy, but he works hard to cover his checks and can PK. Wise has a very good shot, but on a team with Wahlstrom, he’s been delegated as more of a playmaker at the NTDP and stylistically I think he prefers to make a play as opposed to take the shot. His feet are not great for his size, but he has an above-average top gear and a decent first step.