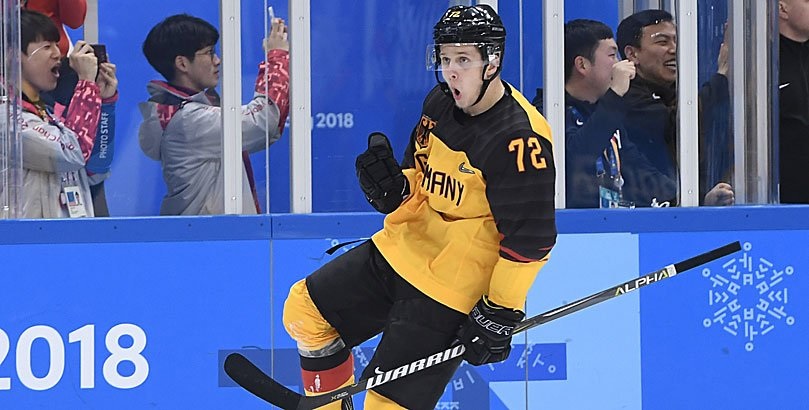 Kahun, 22, has been the most intriguing European free agent on the Hawks’ rader this spring. After posting two goals and three assists in seven games at the 2018 Winter Olympics as Germany won the silver medal, he finished a solid season with EHC München of the Deutsche Eishockey Liga. Kahun scored 12 goals and added 29 assists as München won their third straight DEL title. Kahun also had four goals and 10 assists in 17 playoff games. He then had three points for Germany in the recently completed IIHF World Championships.

Raddysh, 22, signed with former Erie teammate Alex DeBrincat before the 2017-18 season and had a nice first professional season in Rockford (which is still going in the AHL playoffs). Listed at 6-1 and 200 pounds, he had 22 points in 66 regular season games for Rockford.