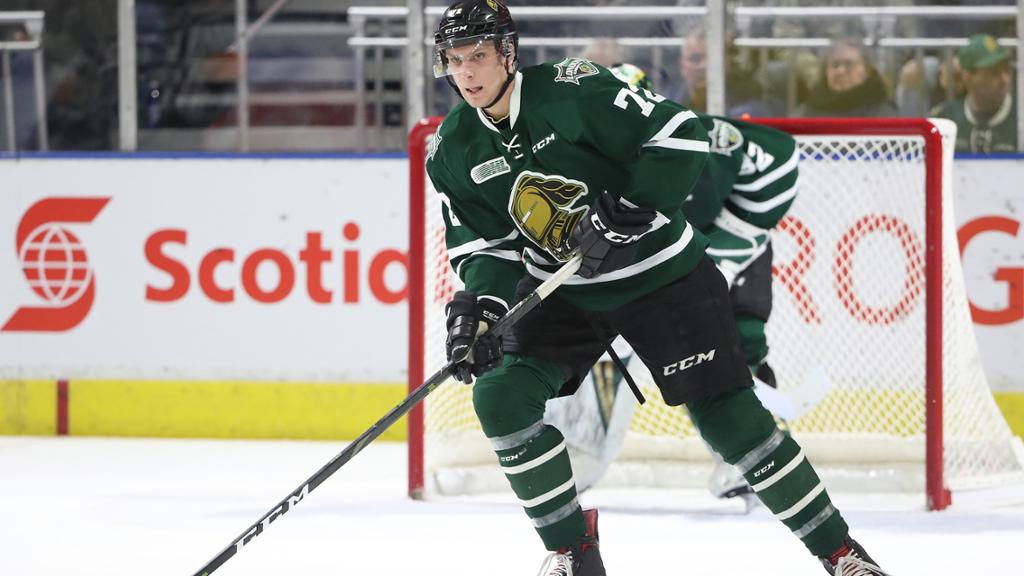 On Monday morning the Chicago Blackhawks announced the team has signed defenseman Alec Regula to a three-year, entry-level contract. The deal has a $897,500 AAV.

Regula, 19, played for the Chicago Steel in the USHL in 2016-17 before moving on to the London Knights. He is currently a co-captain of the Knights. He has seven goals and eight assists in 14 games with the Knights this season.