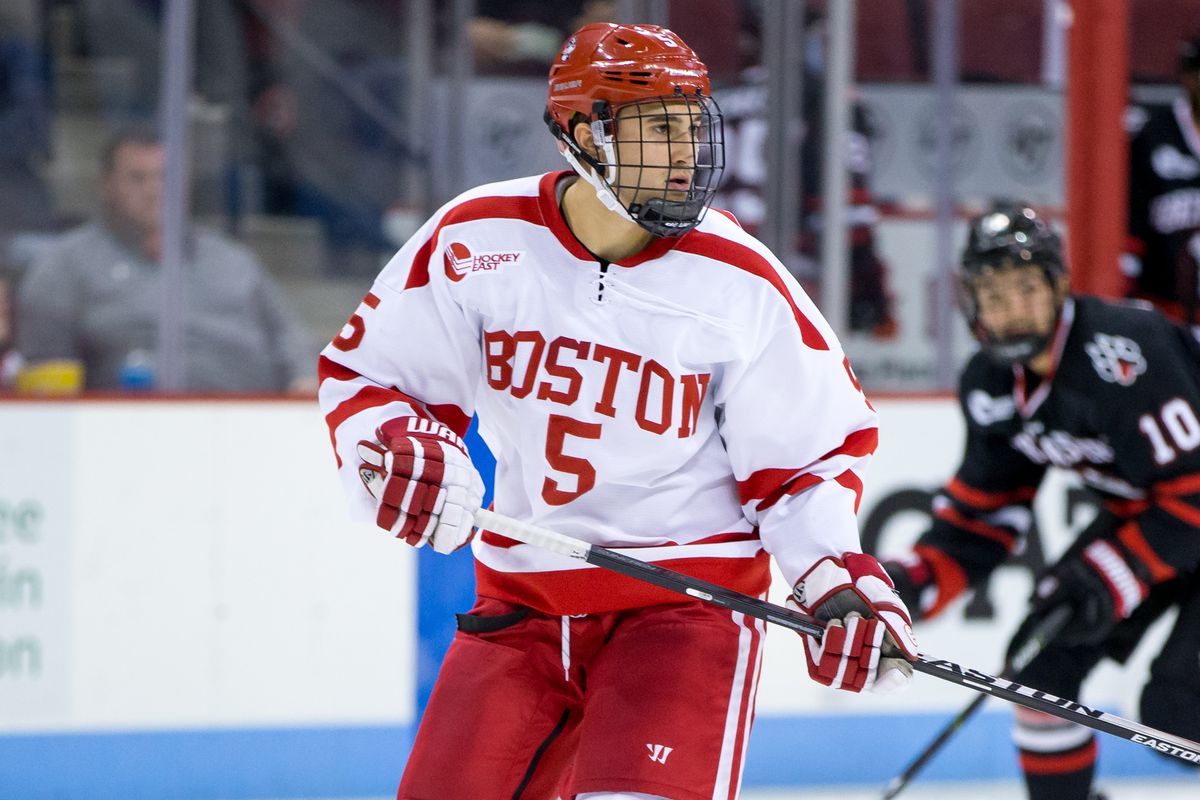 On Monday the Blackhawks announced the team has agreed to terms with defenseman Chad Krys on a three-year, entry-level contract that runs through the 2021-22 season. According to the release the deal has a $925,000 AAV.

Krys, who will turn 21 on April 10, will report to the Rockford IceHogs.

The Blackhawks originally drafted Krys in the second round (45th overall) of the 2016 NHL Draft. He posted 20 points (eight goals, 12 assists) in 30 games during his third and final season at Boston University.