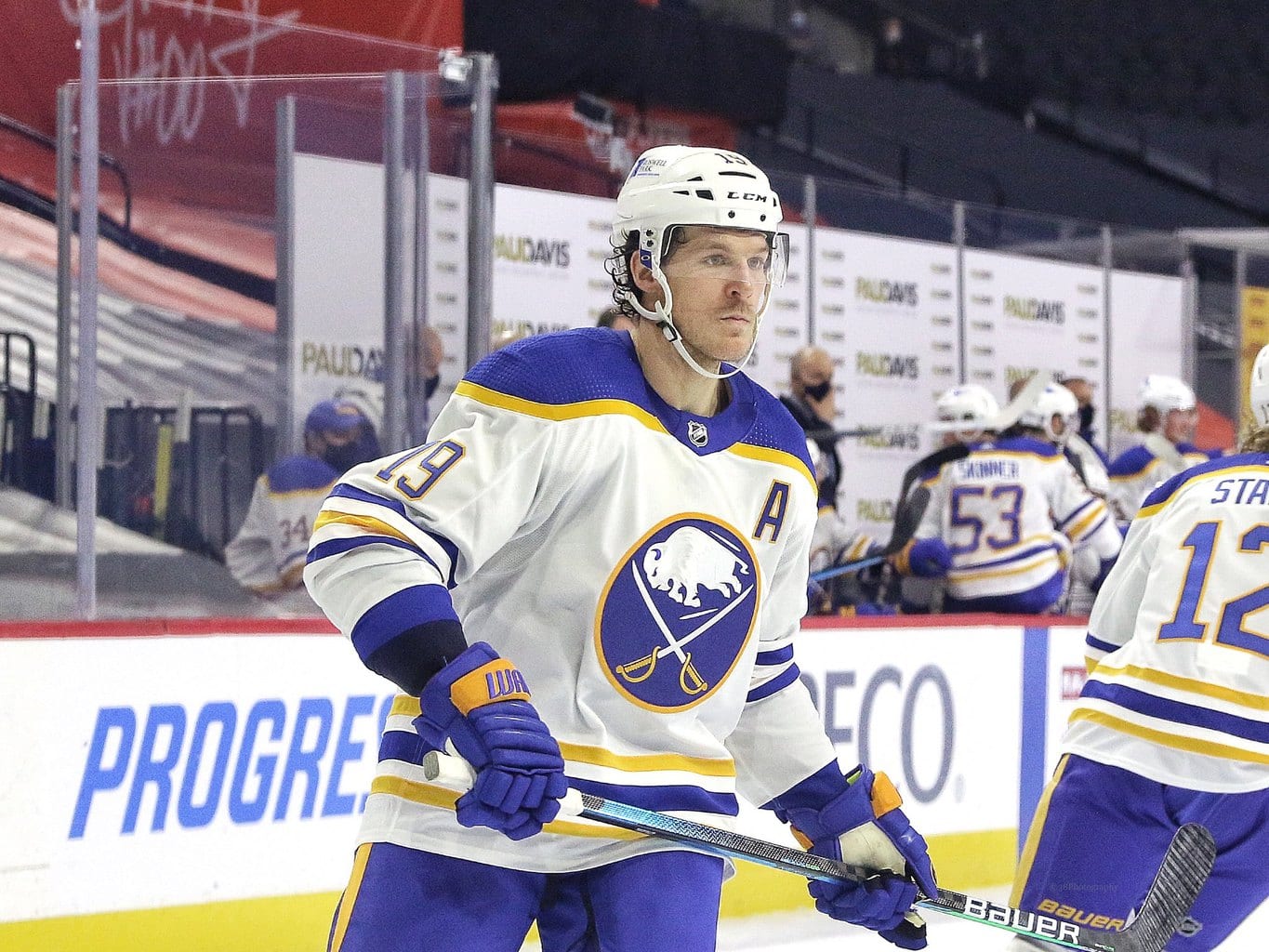 This comes on the heels of the Hawks trading Nikita Zadorov to Calgary on Wednesday morning.

McCabe, who turns 28 on Oct. 12, suffered a catastrophic knee injury in early February that ended his 2021 season after only 13 games. He was averaging 19:11 on the ice per night before suffering damage to his ACL, MCL and meniscus. The plan in February was that his rehab would take 6-8 months which (checks calendar) would put him back just in time for the new season.

Originally a second-round pick (#44 overall) by the Sabres in 2012. McCabe has appeared in 353 regular-season games — all with the Sabres. He has 77 career points and 203 penalty minutes on his resume. And no playoff appearances.

Jake McCabe, signed 4x$4M by CHI, is an excellent top four defensive defenceman who put up absurd results this season before getting injuries. I don't think he's as elite as those 13 games make him look, but definitely did very well in a tough situation. #Blackhawks pic.twitter.com/E5HvMqmrkc

What makes this addition at least a little humorous is it continues Stan Bowman’s love affair with the 2012 NHL Draft, which we wrote about back in March 2020. McCabe is the eight player drafted in the first two rounds in 2012 to, at some point, become part of the Hawks organization.