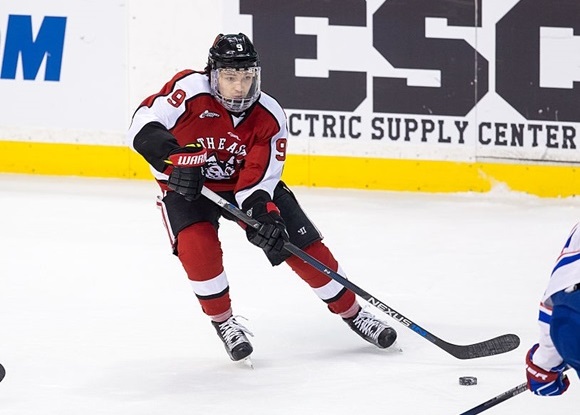 The Blackhawks got their man.

After Northeastern was eliminated on Saturday, Chicago brass met with forward Dylan Sikura on Sunday morning and signed the organization’s top prospect to an entry-level contract.

It appears Sikura could be in the NHL lineup for the Blackhawks as early as Thursday.

Now introducing the newest member of the Chicago Blackhawks…. @sikky95 ?????? I can’t explain how proud I am of all that you have accomplished this year! I’ll be cheering you on in Chicago on Thursday! #Blackhawks #HawksNation

Dylan Sikura signs a two-year deal and will join the #Blackhawks immediately. He'll wear No. 95, which no Blackhawk has since at least 1950 (@hockey_ref) pic.twitter.com/wtoSfoO6u3