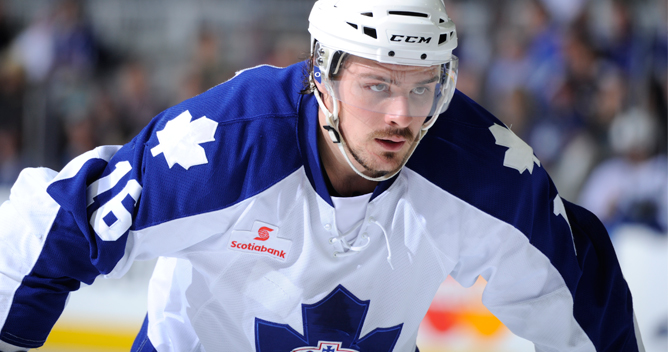 In the wake of signing Brian Campbell on Friday, the Blackhawks announced that the team has agreed to terms with forwards Sam Carrick and Pierre-Cedric Labrie on one-year contracts.

Carrick, 24, was originally drafted by Toronto in the fifth round (144th overall) of the 2010 NHL Draft. Last year with the Toronto Marlies in the AHL, Carrick posted 16 goals with 18 assists in 52 games. He appeared in three games with the Toronto Maple Leafs last season.

Labrie, 30, has been with the Rockford IceHogs for the last two years. He posted a career-high 20 goals with 14 assists in 66 games with Rockford last season.