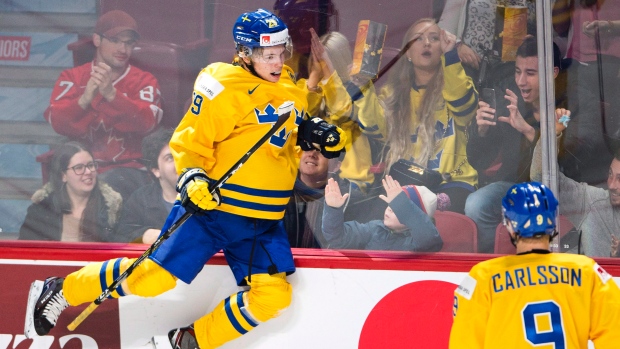 On Monday morning the Blackhawks announced that they have agreed to terms with forwards Mikael Hakkarainen and Tim Soderlund on three-year contracts that each run through the 2021-22 season. According to the release the contracts have matching $925,000 cap hits.

Soderlund, 21, was drafted by the Blackhawks in the 4th round (112th overall) of the 2017 NHL Draft. During the 2018-19 season, he split time between Frölunda HC and Skellefteå AIK of the Swedish Hockey League.