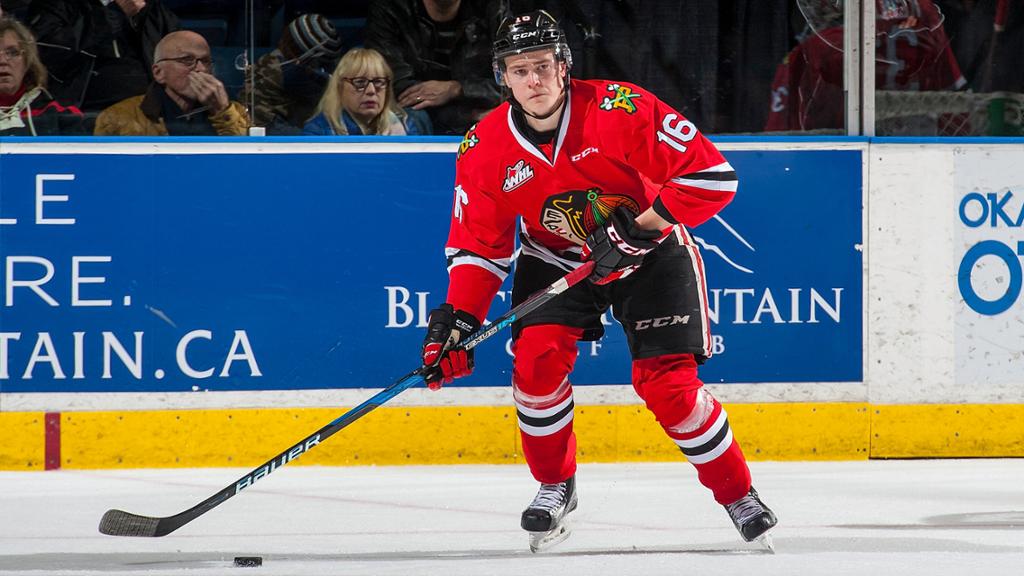 On Tuesday morning the Blackhawks announced the team has signed defenseman Henri Jokiharju to a three-year, entry-level contract.

Jokiharju, who will turn 19 on June 17, was drafted by the Blackhawks in the first round (29th overall) of the 2017 NHL Draft. He is considered the organization’s top blue line prospect.

From the Hawks’ official release:

The 18-year-old recently finished his second season with the Portland Winterhawks of the Western Hockey League where he was named to the Western Conference Second All-Star team and posted a career-high 71 points, including career-highs in goals (12) and assists (59) in 63 games. His 59 helpers shared second and his 71 points shared third among all WHL defensemen. Jokiharju’s 71 points were the most by a Winterhawks’ defenseman since the 1993-94 season.