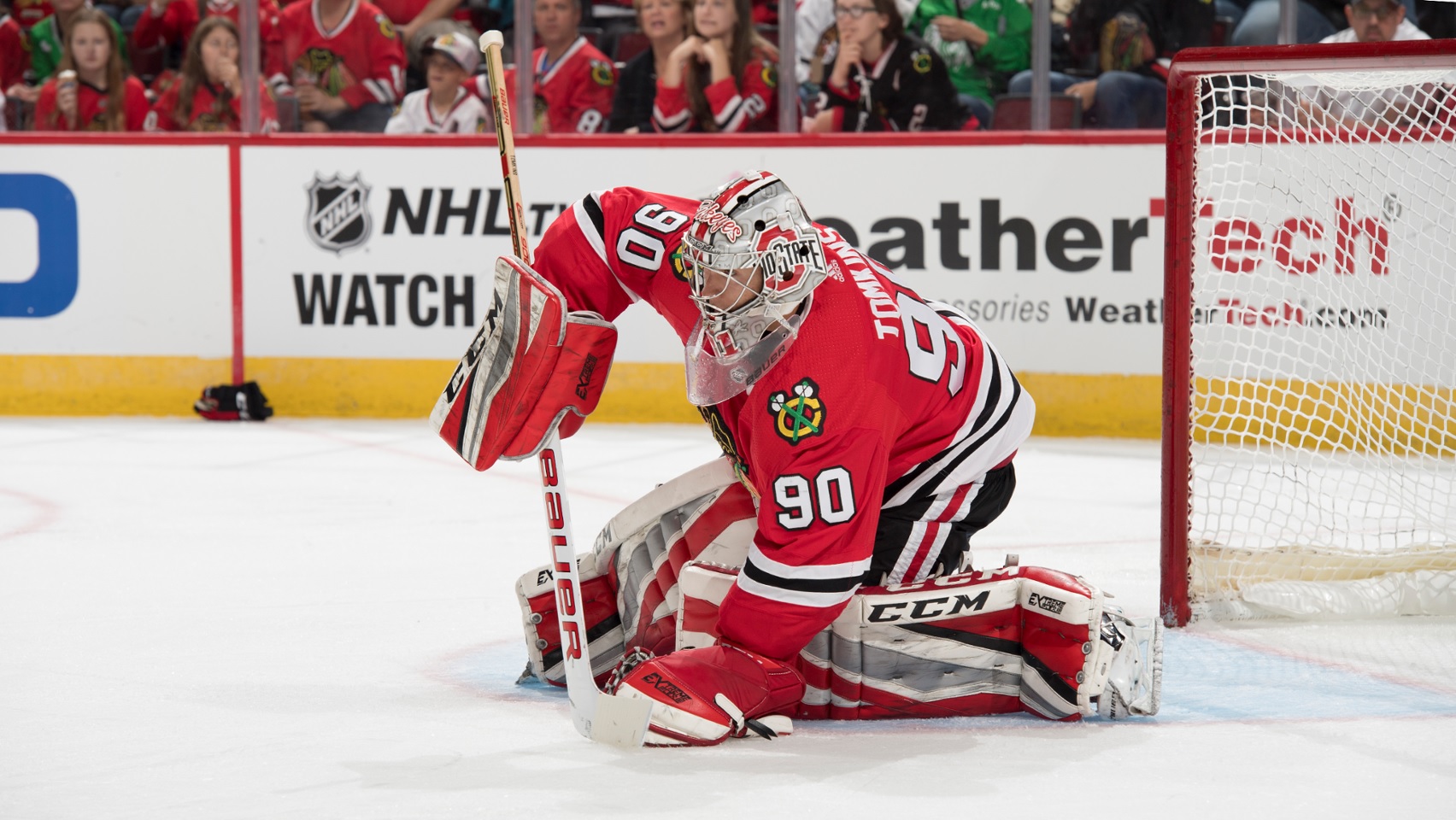 On Thursday morning the Blackhawks announced the team has agreed on a two-year, two-way contract extension with goaltender Matt Tomkins. The deal runs through the 2020-21 season with a $700,000 AAV at the NHL level. He will remain with the IceHogs.

Tomkins, 25, was originally a seventh round pick (#199) by the Blackhawks in the 2012 NHL Draft. He spent four years at Ohio State before joining the professional ranks.

With Rockford this season, Tomkins is 5-4-0 and leads the team in goals against average (2.45) and save percentage (.916) in nine appearances.

The Blackhawks now have two goaltenders under contract through the 2020-21 season: Tomkin and Collin Delia. Delia’s deal runs through the 2021-22 season and carries a $1M AAV at the NHL level. Kevin Lankinen is a RFA after this season. Both Robin Lehner and Corey Crawford are UFAs after the 2019-20 season.