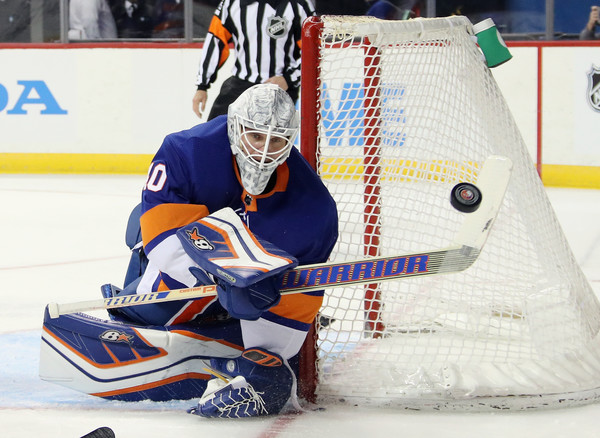 The Blackhawks stunned the hockey world late Monday afternoon with the announcement that the team has signed veteran goaltender Robin Lehner to a one-year, $5M contract.

Lehner, 27, was a finalist for the Vezina Trophy this past season after setting an Islanders record with a .930 save percentage. He, with Thomas Greiss, won the 2019 William Jennings Trophy. Lehner won a career-best 25 games with a 2.13 goals against average.

Lehner was also awarded the 2019 Bill Masterton Memorial Trophy, given annually to the NHL player who best exemplifies the qualities of perseverance, sportsmanship and dedication to ice hockey.

This deal means the Blackhawks have $11M committed to the goaltending posistion between Lehner and Corey Crawford. Given Crawford’s concussion issues the past two seasons, this is at least an expensive insurance policy should Crawford miss another extended period of play.

However, both the contracts of both Crawford and Lehner expire after the 2019-20 season.