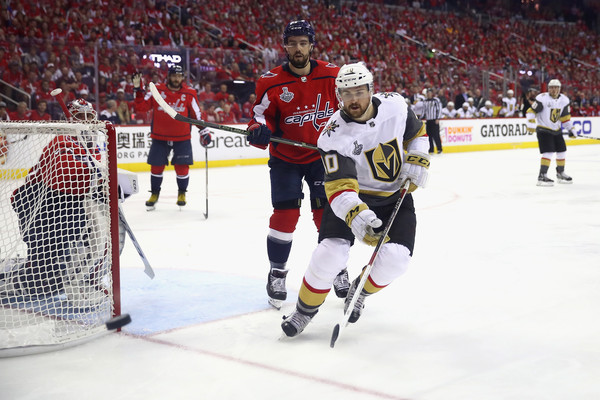 On Monday as free agency opened across the NHL the Chicago Blackhawks added to their forward depth. Chicago announced a three-year deal with veteran center Ryan Carpenter that has a $1M cap hit.

Carpenter, 28, signed with the San Jose Sharks as an undrafted college free agent out of Bowling Green in 2014. He was claimed on waivers by the Vegas Golden Knights in December of the 2017-18 season. Carpenter had five assists in 17 postseason contests with Vegas in 2018.

Carpenter won 52.6 percent of his faceoffs in 68 games last season. In 132 career regular season games games Carpenter has scored 16 goals with 21 assists for the Sharks and Knights.