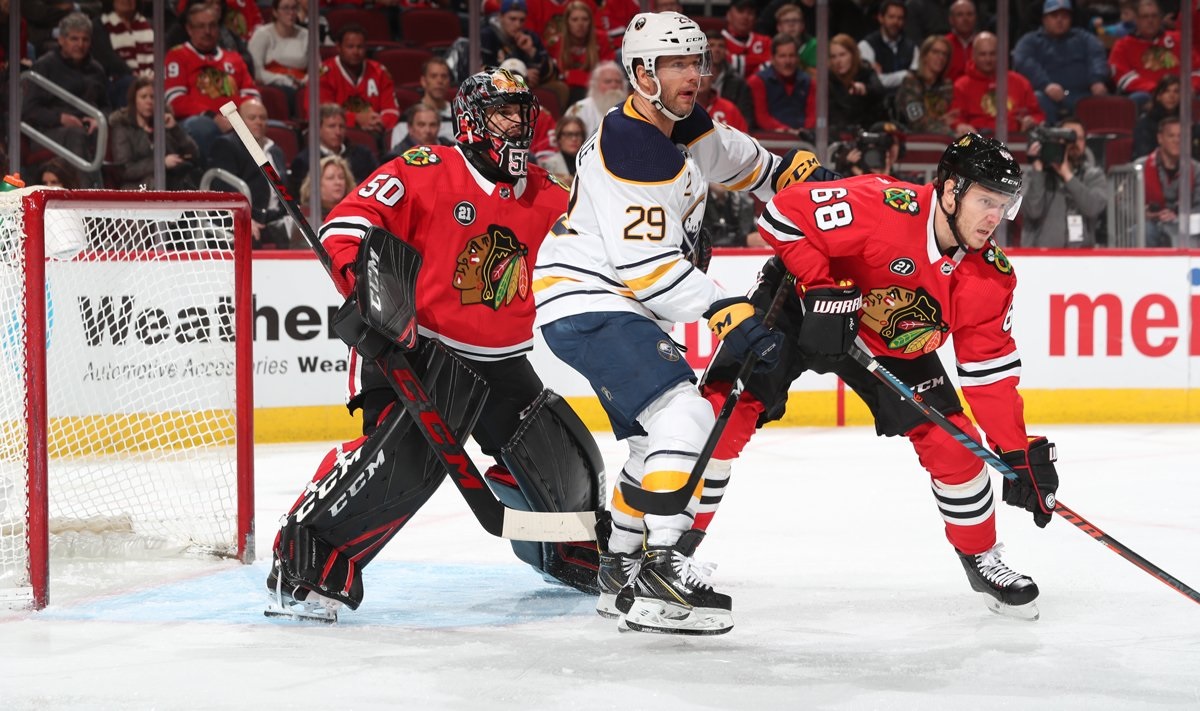 The Blackhawks players have acknowledged that every game is a must-win at this point. At least they have in interviews before and after games.

Their play recently has not reflected that sense of urgency, however.

Thursday night’s first period looked like the Hawks showed up to play. Duncan Keith scored his fourth of the year 16 minutes into the game to give Chicago a 1-0 lead.

Jonathan Toews and Patrick Kane were credited with assists on the goal.

Kane was back in the helping business less than 90 seconds later. This time Artem Anisimov was the scorer.

The second assist of the night was a historic one for Kaner.

And that is your weekly reminder that Steve Larmer’s number 28 should have been retired a long time ago, and he should be in the Hockey Hall of Fame.

Things appeared to be going fairly well… then the second period happened.

Vladimir Sobotka scored at 3:16 into the second. Brandon Montour tied the game 1:23 later. And then Zach Bogosian scored a short-handed goal two minutes later to give Buffalo a 3-2 lead.

The wheels were off. Corey Crawford looked lost, the defense was gone and the Hawks power play was a dumpster fire again.

After 40 minutes of hockey, each team had 28 shots on net but the Sabres were leading by one.

Chicago fought back in the third, however.

Anisimov scored his second of the night and 13th of the season at 4:48 to tie the game at three.

The game remained tied for less than three minutes, unfortunately. Kyle Okposo finished a nice passing play that undressed the Hawks “defense” to give Buffalo a 4-3 lead.

Toews picked up his second assist of the night and 40th helper of the season on the Hawks’ fourth goal of the evening. That represented the most assists Toews has had since the 2013-14 season.

Chicago had a 38-34 shot advantage after 60 minutes of hockey but the score remained tied at four. So on to overtime we went.

The Hawks had the better chances throughout overtime but with 13 seconds left in overtime the puck was loose in front of Corey Crawford and there wasn’t a whistle. The Sabres got a few good whacks in before the officials finally stopped the play.

For the second time this season the Blackhawks went to the shootout.

Toews, Kane and Alex DeBrincat all scored in the shootout and the Blackhawks emerged victorious.

Before the game the Blackhawks honored the late Ted Lindsay.