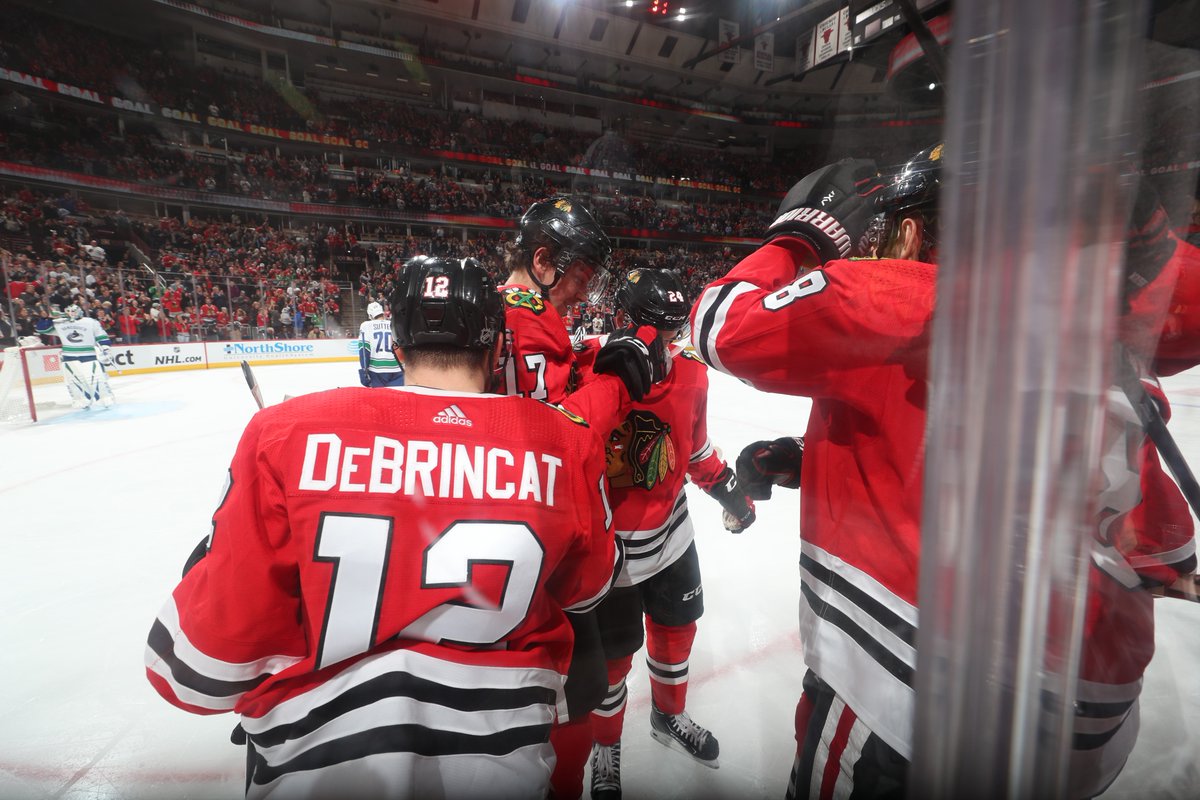 It feels like a long time ago that the Blackhawks were in dead last place in the Western Conference, looking up with little hope.

They’ll go to bed on Thursday night two points out of a wild card spot. And it appears they’ve found the swagger that made them scary to play against earlier in this decade.

When we look back at the 2018-19 season, the turning point may ultimately be Stan Bowman trading Nick Schmaltz to Arizona for Dylan Strome and Brendan Perlini.

Strome has been absolutely marvelous since arriving in Chicago, and added another terrific performance to his resume on Thursday night. He found Alex DeBrincat on the power play 18 minutes into the game to get Chicago on the board.

Still on the advantage, Brandon Saad put Chicago up two only 59 seconds later.

The Canucks out-shot the Hawks 14-13 and carried a lot of the action early, but two late penalties only 1:23 apart opened the door for the red-hot Chicago power play to score twice.

Unfortunately, Vancouver continued to attack and their efforts were rewarded twice in the first five minutes of the second period. Alex Biega and Josh Leivo scored to tie the game and the Hawks needed to recapture some momentum.

Thankfully Strome and DeBrincat weren’t done for the night.

DeBrincat’s second goal of the night is his 28th of the season, a new career-high for the second-year forward. The no-look pass by Strome was a reminder that these two put up huge numbers in juniors together and have picked up that magic since Strome came to Chicago.

Vancouver out-shot the Hawks 14-9 in the second period but Chicago took a 3-2 lead to the room.

The Canucks continued to out-shoot the Blackhawks in the third period, but Collin Delia held up. When Perlini took an awful high sticking penalty with 3:36 left in a one-goal game the inevitable happened. Elias Pettersson exploded up the ice and scored his 25th of the year to tie the game.

So we headed to overtime.

It took three minutes of free hockey for the fans to get sent home happy, but it was once again Strome setting things up. For the third time in the game Strome was credited with an assist as Jonathan Toews went strong to the net and flipped home the game-winning goal.

Kane extended his personal point streak to 13 games with an assist on the first goal of the night from DeBrincat.

Toews’ 24th goal of the year ended a game in which he won 16 of 25 faceoffs and was credited with one hit and two takeaways with four shots on net.

DeBrincat and Drake Cagguila led Chicago with five shots on net each. Slater Koekkoek led the Hawks with four hits.