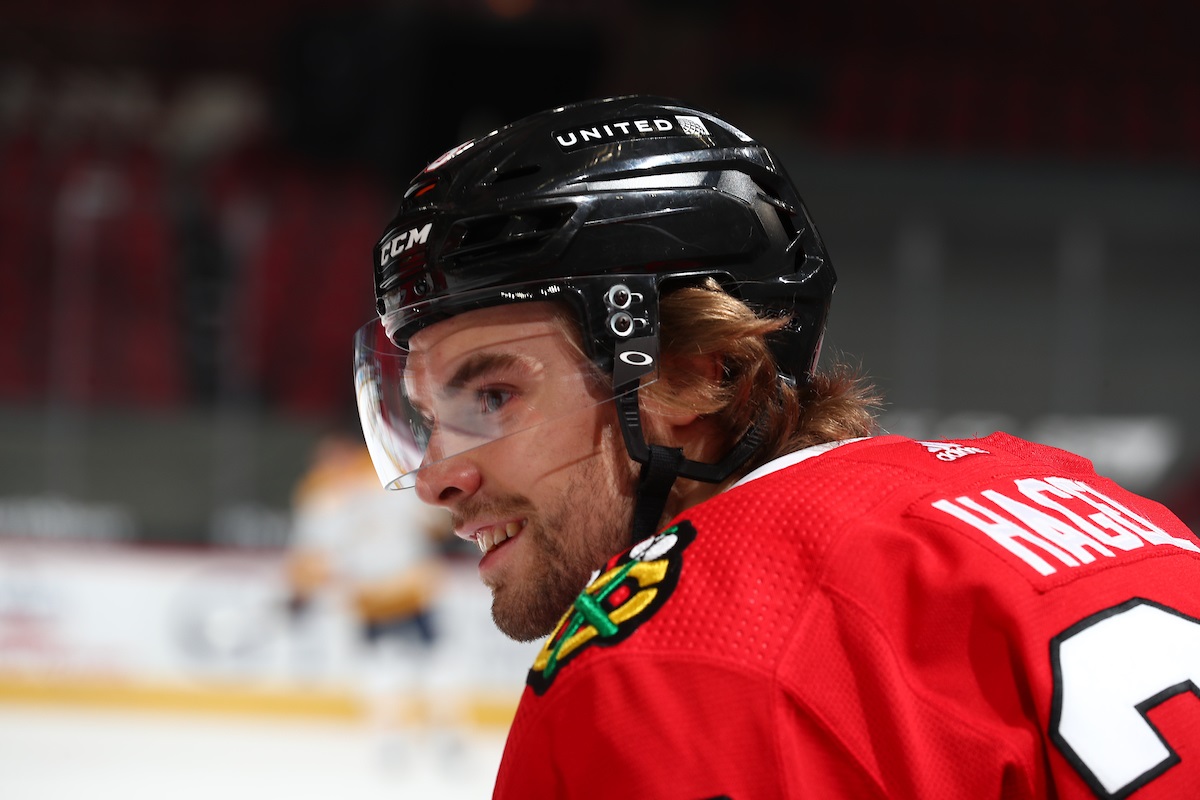 The first big move from new GM Kyle Davidson wasn’t trading his veteran netminder or one of his veteran defensemen. It’s trading a player who has become incredibly popular with the fans: Brandon Hagel.

Raddysh was a teammate of Alex DeBrincat and Dylan Strome with the Erie Otters and had a 109-point season (42 goals, 67 assists in 58 games) with them as teammates five years ago.

Boris Katchouk, acquired by CHI, has been a decent defensive depth player in a limited role this season, struggling to put the puck in the net. #Blackhawks pic.twitter.com/J5kn6oWzel

For this to be the first big deal Davidson makes is significant. He told us he was going to create a team that had a specific direction, so moving an affordable, young forward with term means he’s going hard on the rebuild approach and not necessarily trying to make this a two-year fix.

Brandon Hagel, acquired by TB, is a playmaking middle-six forward who loves to attack off the rush. Draws lots of penalties as well. #GoBolts pic.twitter.com/MNpeHlP5Ts