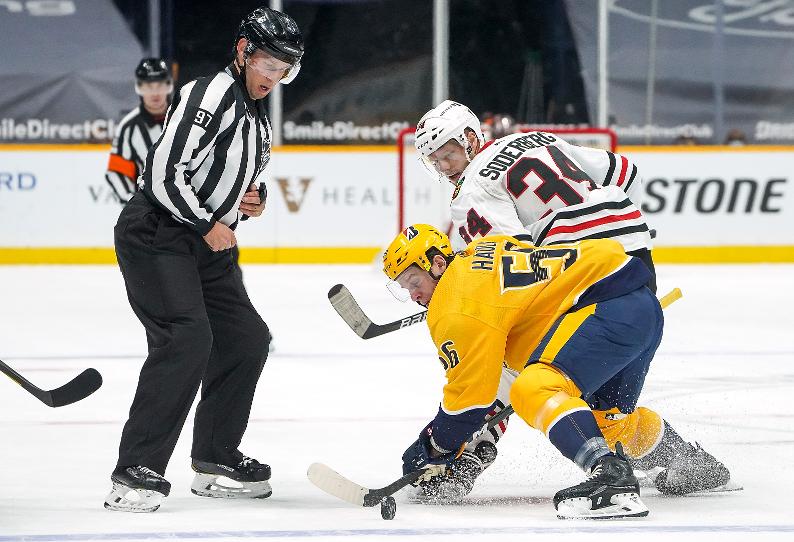 The Blackhawks have been as busy before the 2021 NHL Trade Deadline as they have at any deadline with Stan Bowman as the team’s GM.

In a third deal on Monday, the team has sent veteran center Carl Söderberg to Colorado for forwards Ryder Rolston & Josh Dickinson.

Rolston, 19, was originally a fifth round pick (#139 overall) by Colorado in the 2020 NHL Draft. He recently completed his freshman year at Notre Dame in which he scored one goal with five assists in 28 games. He’s a right wing listed at 6-1 and 175 pounds. He was a teammate of Blackhawks prospect Landon Slaggert at Notre Dame this season.

Ryder is the son of longtime NHL veteran Brian Rolston. This is from EliteProspects 2020 NHL Draft Guide:

“Stretched the zone and uses speed to beat defenders wide. Plays first unit PP. Great lateral mobility. Works hard to give good pressure on the backcheck. Good hands that work to protect the puck. Quick release on his shot, used edgework combined with puck protection handles to evade pressure in the offensive zone, even employed a kind-of ‘stationary spin’ at one point.”