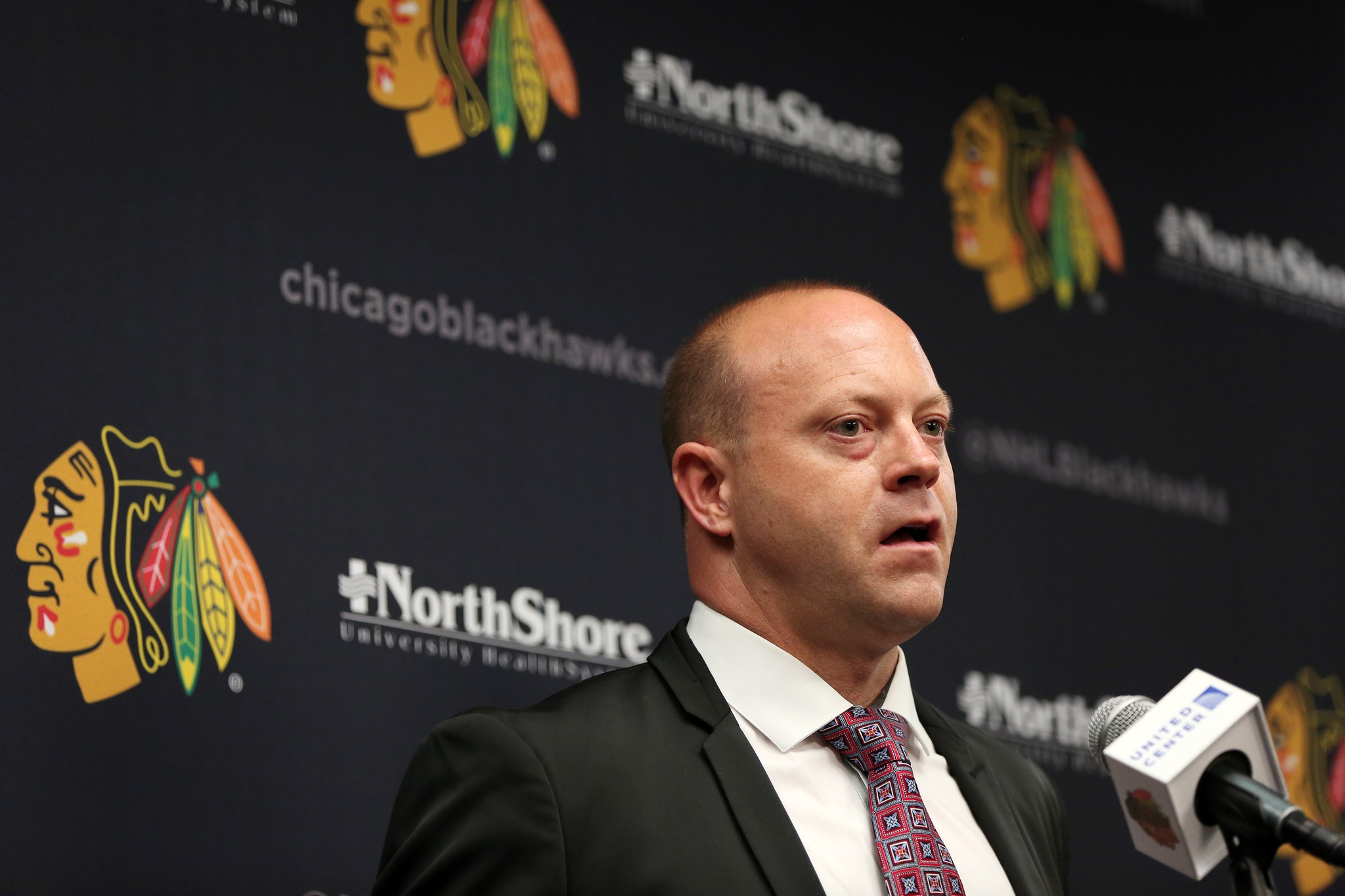 The 2017 NHL Trade Deadline is 3 PM EST on March 1 and Blackhawks fans are wondering what the team will do to bolster the lineup for another run at the Stanley Cup. But what can/will they do? There are a number of factors impacting any moves the Blackhawks might consider.

On Tuesday, James Mirtle wrote a terrific piece for The Athletic – Toronto detailing how the upcoming expansion draft is already impacting the NHL trade deadline. In it, he says:

What executives around the league are saying, however, is that the expansion draft adds another wrinkle on top of an already complicated process. Essentially any deal for a player under contract next season is hard to pull off, which leaves only rentals and young players that are exempt from the expansion draft in play.

He also points out that there’s a very good chance the NHL’s salary cap stays flat next year, which further complicates any trade deadline activity for teams like the Chicago Blackhawks, who already have a significant amount of money committed for 2017-18.

In his “30 Thoughts” column on Tuesday, Elliotte Freidman wrote about Bowman. He quoted Bowman saying, “[Ryan] Hartman, Nick Schmaltz, Vinnie Hinostroza, Tanner Kero…maybe they have to go the AHL here and there, but we see them as part of our team now… We’re going to see what happens over the next couple of weeks before the trade deadline, but we are much more comfortable with our younger players.”

This echoes what Bowman told the Chicago Sun-Times at the end of January, when he told Mark Lazerus, “I’m not expecting to make a deal this year, unlike previous years.”

Bowman has been consistent throughout the year in saying the Blackhawks hosting the 2017 NHL Draft makes them less likely to deal away any of their ten pick in this summer’s draft (Chicago has six of their seven original selection and also own fifth round picks from St. Louis and Carolina and a sixth round pick from the Islanders). Certainly Bowman won’t trade away his first round pick this summer after not having a first round pick since selecting Schmaltz in 2014. Entering Tuesday, the Blackhawks had the second-best record in the Western Conference, two points ahead of Pacific Division-leading San Jose and five points behind Minnesota in the Central (the Wild still have two games in-hand). Chicago was 7-3-0 in their ten games before their week off as well, highlighted by wins in Minnesota and Edmonton, both of whom are currently playoff teams.

So what should fans expect in the coming weeks?

Probably very little, if anything.

Chicago isn’t in much of a position to “buy.” The Hawks don’t have much cap space to play with, and have even more committed next season when Artemi Panarin’s new deal begins to hit the books. With that limited cap space, the Blackhawks still need to make decisions on the futures of restricted free agents Kero, Richard Panik and Michal Kempny and unrestricted free agent Scott Darling.

If the Blackhawks “sell,” it would likely be to move players who have NHL experience but have a limited role and future with the organization. Andrew Desjardins, Jordin Tootoo and Brandon Mashinter are unrestricted free agents after this season while Viktor Svedberg has one year remaining on his contract at a $750k cap hit. But those players won’t bring back an NHL roster player of any consequence.