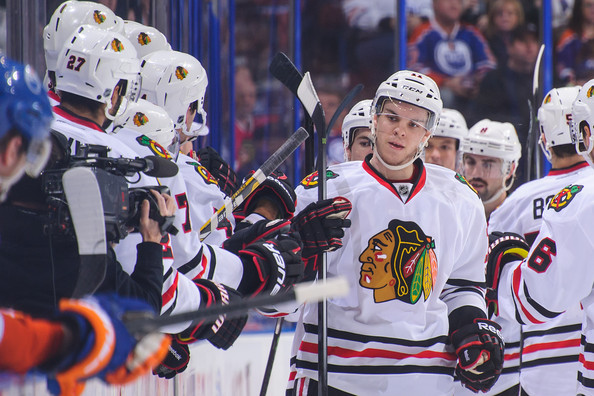 On Sunday morning, Blackhawks traded forward Jeremy Morin to the Blue Jackets for defenseman Tim Erixon in a swap of former top prospects. Erixon, 23, was the 23rd overall pick in the 2009 Draft by the Calgary Flames. He’s already been traded twice, the first time sending him to to the Rangers in the deal for Roman Horak in 2011 and then as the prospect in the blockbuster trade sending Rick Nash to the Rangers in 2012.

He has 13 points in 70 career NHL games, including one goal and five assists in 19 games with Columbus this season.

The obvious question is: what do the Blackhawks need another defenseman for?

Erixon becomes the fifth member of the first round of the 2009 Draft to join the Blackhawks organization, following Nick Leddy, David Rundblad, Dylan Olsen and Philippe Paradis. Morin, like Brandon Pirri, was a second round pick in 2009.

It’s worth noting here that the salary cap moves ahead of next season begin with this transaction. Erixon is a free agent in 2015; Morin has another year left on his contract.