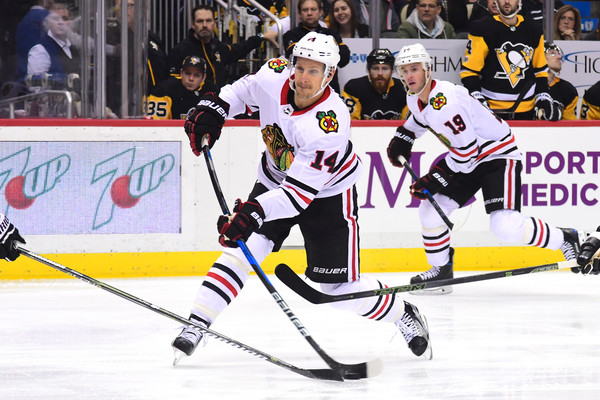 The Chicago Blackhawks have acquired forward Anthony Duclair and defenseman Adam Clendening from the Arizona Coyotes in exchange for forwards Richard Panik and Laurent Dauphin.

Holy shit this feels like highway robbery. The Blackhawks are not retaining any of Panik’s cap hit this year or next year, according to reports.

Duclair, 22, has scored nine goals in 33 games this season for Arizona but was outspoken about his desire for more playing time. His contract, which carries a $1.2M cap hit, expires after this season.

That’s a $1.6M cap savings for the Blackhawks this season from Panik’s $2.8M cap hit. It’s a $2.8M cap savings next season with Duclair off the books.

Clendening, 25, was originally drafted by the Blackhawks in the second round (#36) in 2011. He was traded to Vancouver for Gustav Forsling in 2015 and hasn’t stopped moving since. Clendening has been with Vancouver, Pittsburgh, Anaheim, Edmonton, the Rangers and Arizona in the three years since the Hawks traded him.

Dauphin, 22, was acquired from Arizona in the trade that sent Niklas Hjalmarsson to the Coyotes this summer.

Panik was acquired from Toronto for Jeremy Morin.