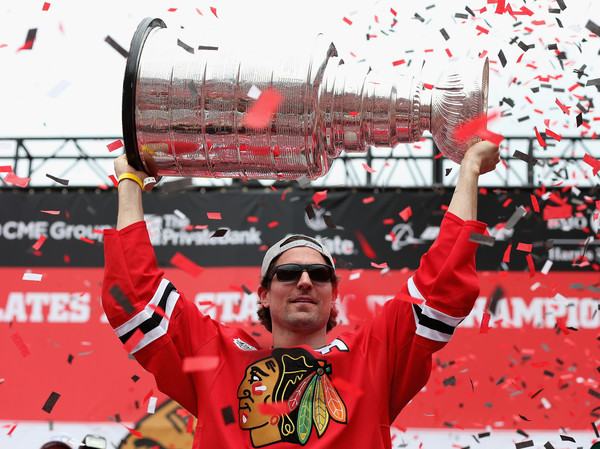 Chicago will reportedly take on all of Daley’s contract (two more years at a cap hit of $3.3M) and half of Garbutt’s ($900k cap hit for two years).

We offered our thoughts on Sharp’s tenure with the Blackhawks earlier.

Garbutt, who turns 30 on Aug. 12, scored eight goals with 17 assists in 67 games with the Stars last season.

This deal is shocking on a couple levels. One, Blackhawks GM Stan Bowman hasn’t traded inside the division much since taking over the personnel decision making in Chicago. And, more importantly, the Hawks moving Johns is stunning. A big, physical defenseman, Johns figured to be a big part of the cash-strapped Hawks blue line moving forward. Now, he’s on his way to Dallas.

Bowman still has work to do. Daley coming to Chicago likely means Johnny Oduya won’t be back, but the Hawks still need to make salary disappear. The Hawks also still have too many forwards on their NHL roster, and a surplus of prospects fighting for ice time both in Chicago and Rockford.