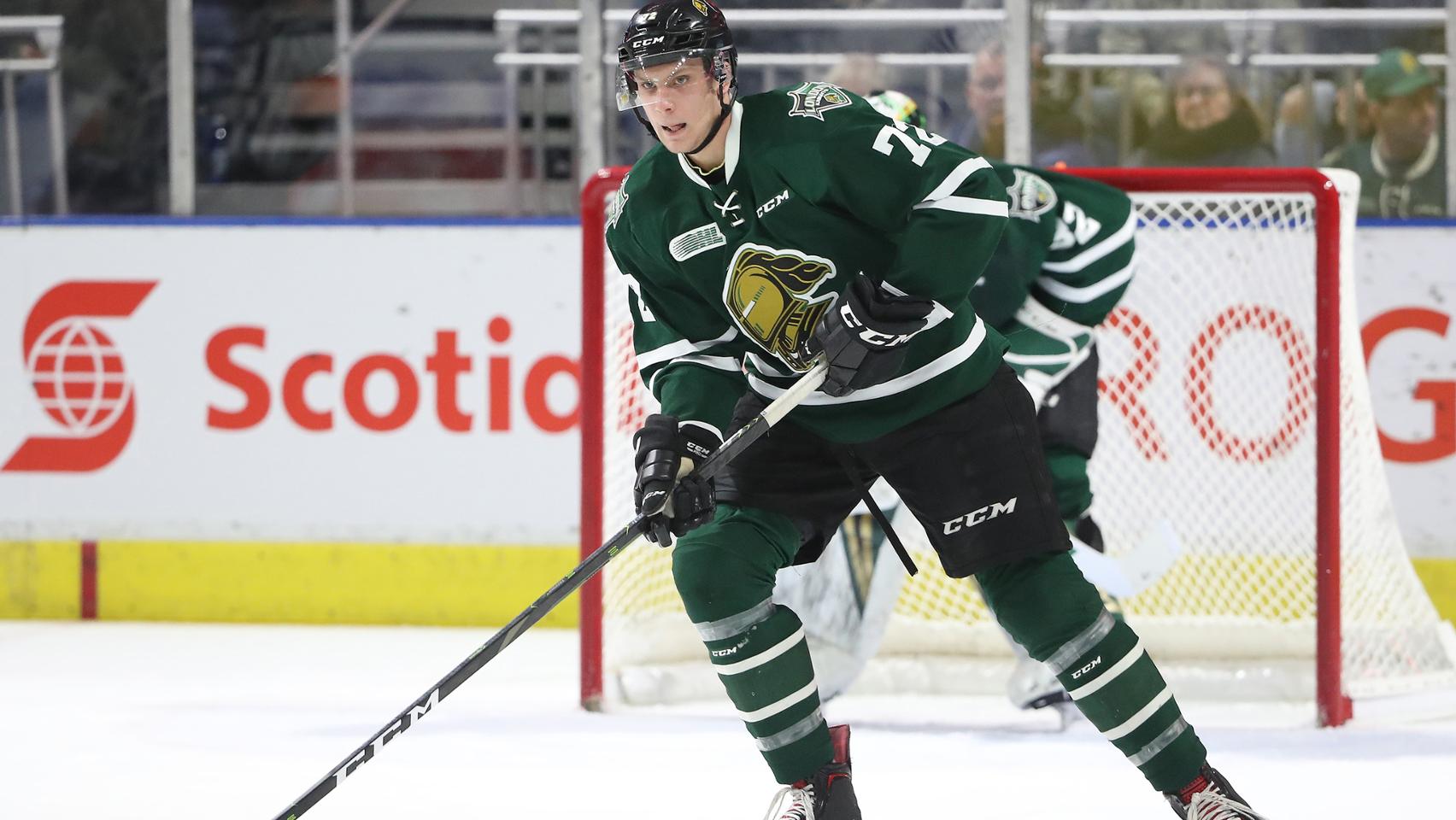 Regula, 19, was a third-round pick (#67 overall) by Detroit in 2018. He is currently playing his third season with the London Knights in the OHL, where he was a teammate of Adam Boqvist last season. Regula is a co-captain for London.

During his first season in London Regula was regularly partnered with Evan Bouchard. Last year he was more of a shutdown defenseman but also worked in front of the net on the Knights’ power play.