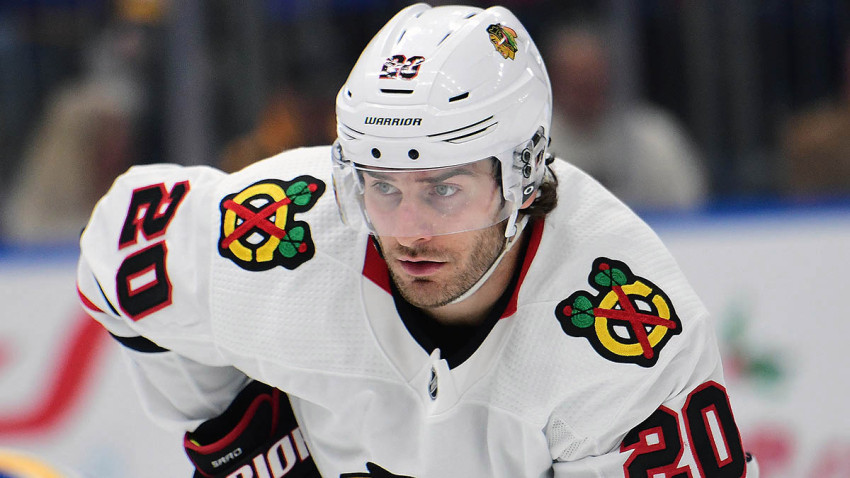 The Blackhawks hadn’t done anything in free agency.

But on Saturday evening they made a splash via trade.

Chicago acquired defensemen Nikita Zadorov and Anton Lindholm from the Colorado Avalanche in exchange for forward Brandon Saad and defenseman Dennis Gilbert. The Blackhawks will retain $1 million of Saad’s $6 million salary in 2020-21.

Listed at 6-6 and 235 pounds, Zadorov recorded four goals and nine assists while averaging 17:46 per night in 64 games for Colorado last season.

Moving salary has clearly been part of the Blackhawks alleged plan since the end of the draft.

However, adding yet another defenseman – and apparently dumping Saad – doesn’t help the team on the ice in any way.

It appears more and more that the on-ice product at the NHL level is not the immediate concern for the Blackhawks’ front office.

The Blackhwaks already have too many bodies on the blue line. Chicago has Duncan Keith, Adam Boqvist and Ian Mitchell expected to be on the NHL roster as puck-moving defensemen in the coming season. Zadorov joins Calvin de Haan, Connor Murphy and, in theory, Brent Seabrook as bigger bodies on Chicago’s back end in the coming season. Nick Seeler is also still under contract.

Chicago already dumped Olli Maatta’s contract to the Los Angeles Kings and did not extend a qualifying offer to Slater Koekkoek.