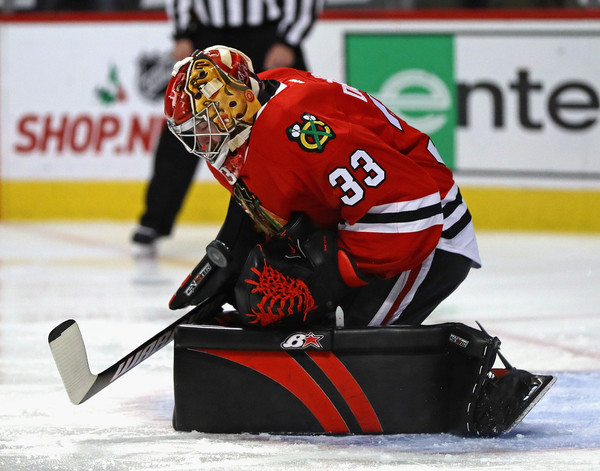 As the second round of the NFL Draft started in Philadelphia, the Chicago Blackhawks snuck in some player movement of their own.

Chicago traded goaltender Scott Darling, set to become an unrestricted free agent this summer, to the Carolina Hurricanes for a third round draft pick in this summer’s NHL Draft.

Darling, 28, put together a very good resume while playing for his hometown Blackhawks. He posted a 39-17-9 record with a career .923 save percentage, 2.37 goals against average and four shutouts over three seasons in Chicago.