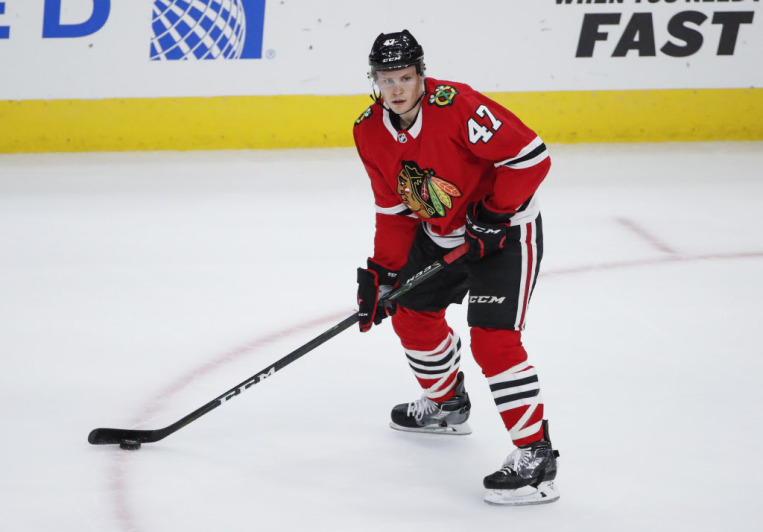 Before Thursday’s game against the Anaheim Ducks, the Chicago Blackhawks announced a trade.

For the second time in eight years, the Hawks acquired forward Chris DiDomenico.

In his first meaningful NHL season, DiDomenico has six goals and four assists in 24 games with the Sens.

DiDomenico was also part of the trade in 2010 that sent Kris Versteeg and Billy Sweat to Toronto for Viktor Stalberg and Philippe Paradis. He split two seasons between Rockford and Toledo, then the Hawks’ ECHL affiliate, before heading to Europe. He returned to North America with Ottawa at the end of the 2016-17 season. He was claimed off waiver earlier this season by Tampa, but was re-claimed off waivers by the Sens a week later.

DiDomenico was originally drafted by Toronto in the sixth round (164th overall) of the 2007 NHL Draft.

Pokka, who turns 24 of March 6, was the 34th overall selection in the 2012 NHL Draft by the New York Islanders. He was acquired by the Blackhawks in the trade that sent Nick Leddy to the Isles in 2014 but never appeared in an NHL game for Chicago.