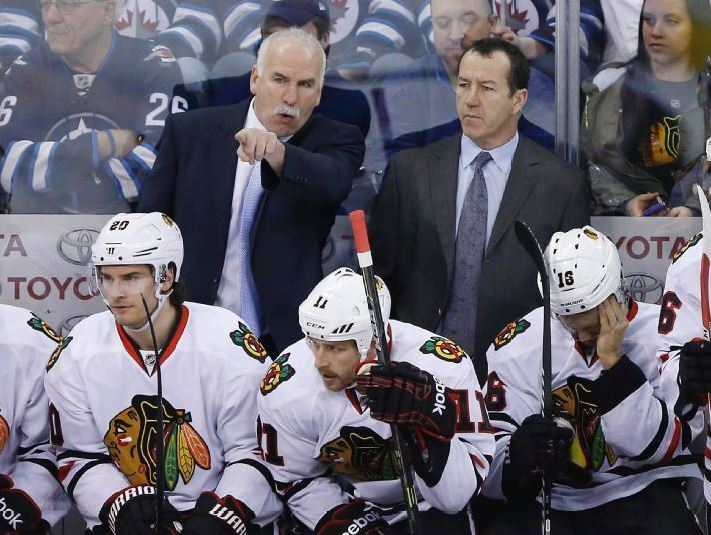 The Blackhawks were back on the ice for a practice on Sunday, and we learned a couple things.

David Rundblad skated with Duncan Keith, indicating he has taken Michal Rozsival’s place as the sixth defenseman (at least for now). Coach Joel Quenneville also indicated that rookie Mike Paliotta is not with the team any longer, with Quenneville saying Paliotta “went home for training.”

Forward Andrew Desjardins was not at practice on Sunday, but indications are that he was sick. Joakim Nordstrom skated on the fourth line in his place.

“[Panarin]’s going to have to earn a spot, but we didn’t sign him to be a minor-league player,” Bowman told Kuc. “He has elite talent. You have to be patient in the sense that there’s a cultural transition … (and) that’s why we’re not putting any expectations on him. (But) he has incredible talent, there’s no denying that. How that translates and how quickly will sort itself out.”