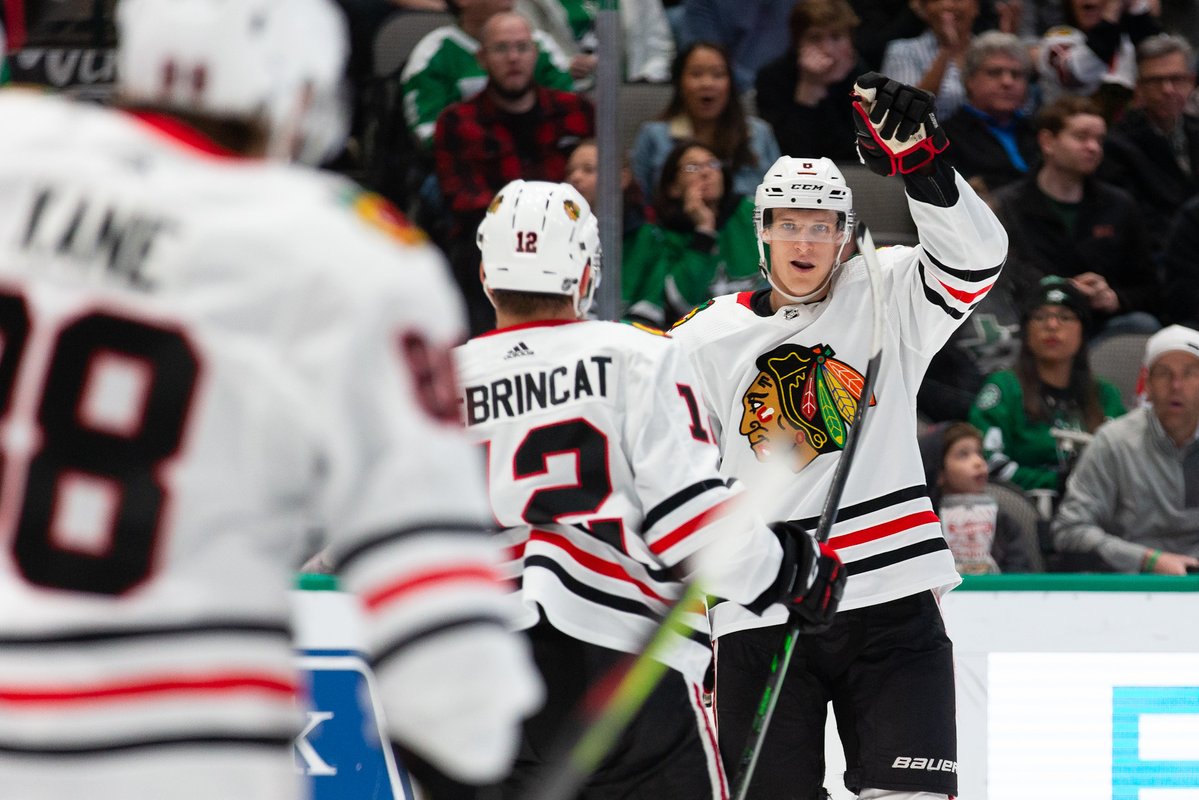 Robin Lehner was watching from the bench, his future with the organization in question.

Erik Gustafsson wasn’t even in Dallas; the Blackhawks expect to make a move before Monday’s trade deadline. In his place, Lucas Carlsson would finally make his NHL debut.

Chicago played well enough against Nashville to pick up an impressive win.

Dallas, meanwhile, is chasing St. Louis for the top of the Central Division. Oh, by the way, the Stars fired their coach mid-season and took off after that, sprinting up the standings. Fascinating that making a coaching change and hiring the right guy can make such a significant impact.

How would the Blackhawks respond to the possibility of Stan Bowman being a seller in the 24 hours following the puck drop?

Then a ridiculous parade to the penalty box began.

At 5:06 into the second, Radek Faksa was called for interference. Chicago started their second power play of the game but Jonathan Toews was sent to the box immediately off the faceoff because of alleged interference on Tyler Seguin; the call was garbage.

But puck don’t lie. Roope Hintz joined Faksa in the box 50 seconds after the Toews’ penalty and the Blackhawks were able to take advantage. In a stunning turn of events, Dominik Kubalik was on the ice with some of the first power play unit and he rifled home his 26th of his rookie season.

Patrick Kane and Duncan Keith were credited with the assists on the Kubalik goal.

Nine minutes later Olli Maatta got caught in between a couple Stars forwards and lost his gamble. He bit on a bouncing puck and Seguin was parked all alone in front of Corey Crawford. Dallas took a 2-1 lead.

The Blackhawks had four power plays in the second period and out-shot the Stars 13-10 but were trailing 2-1 entering the final period.

Neither team scored in the opening 18 minutes because Crawford and Anton Khudobin were terrific. Dallas was out-shooting the Blackhawks when Crawford went to the bench for an extra attacker.

Chicago showed far too little sense of urgency in the final minute of regulation and the Stars escaped with a victory.

Carlsson skated 14:55 in his first taste of NHL action. He was credited with three hits and one blocked shot and looked pretty good for his first game.

Adam Boqvist skated 16:51 and put three shots on net. He was on the ice in the final minutes of regulation when the Blackhawks stuggled to get a good look at Khudobin.