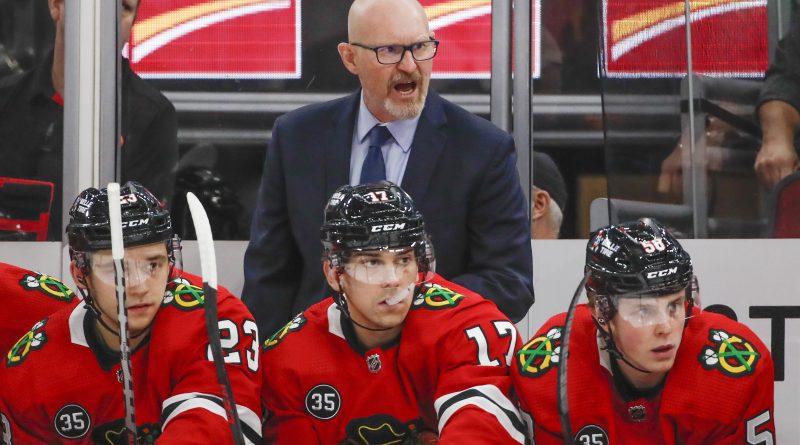 Welcome to the Derek King Era of Chicago Blackhawks hockey!

After winning only once in their first 12 games under the leadership of Jeremy Colliton, the Blackhawks picked up two points in King’s first game calling the shots.

The first thing that was painfully obvious was an improved effort. In fact, the effort we saw against a Nashville Predators team that had won five of their last six coming in makes it even more clear that Colliton had lost the room. It’s a damn shame it took as long as it did to move on from him because the effort we saw on Sunday night can — and will — win games.

In regulation, the Blackhawks out-shot the Preds 31-21.

While Colliton was the head coach, the Blackhawks started slowly; on Sunday night they out-shot the Preds 10-5 in the first period.

While Colliton was the head coach, the Blackhawks finished games poorly — especially Friday night’s finale of Colliton’s tenure. On Sunday night, the Hawks out-shot the Preds 14-8 in the third period.

King started overtime with Alex DeBrincat, Patrick Kane and Seth Jones on the ice. That paid off as the Hawks got a turnover and took off up the ice. DeBrincat and Kane executed a perfect passing sequence that ended with DeBrincat ending the game.

The group King sent out to start overtime made sense. As did the lines he skated primarily during 5-on-5 play during the game.

Chicago’s best line was, not surprisingly, the one with Jonathan Toews in the middle. But instead of being saddled with fourth (or fifth) line wings, Toews spent most of the night with Dominik Kubalik and Brandon Hagel. That group led to the Hawks’ first goal of the night and they were on the ice together for 15 Blackhawks’ shot attempts to only five for Nashville.

Another sore subject has been Erik Gustafsson getting ice time under Colliton. He was limited to under seven minutes on Sunday night; he should be on waivers soon so the Hawks can either move on from him or get him to Rockford so one of the young defenseman who should be on the NHL roster can be in the lineup.

Kevin Lankinen was terrific, stopping 20 of 21.