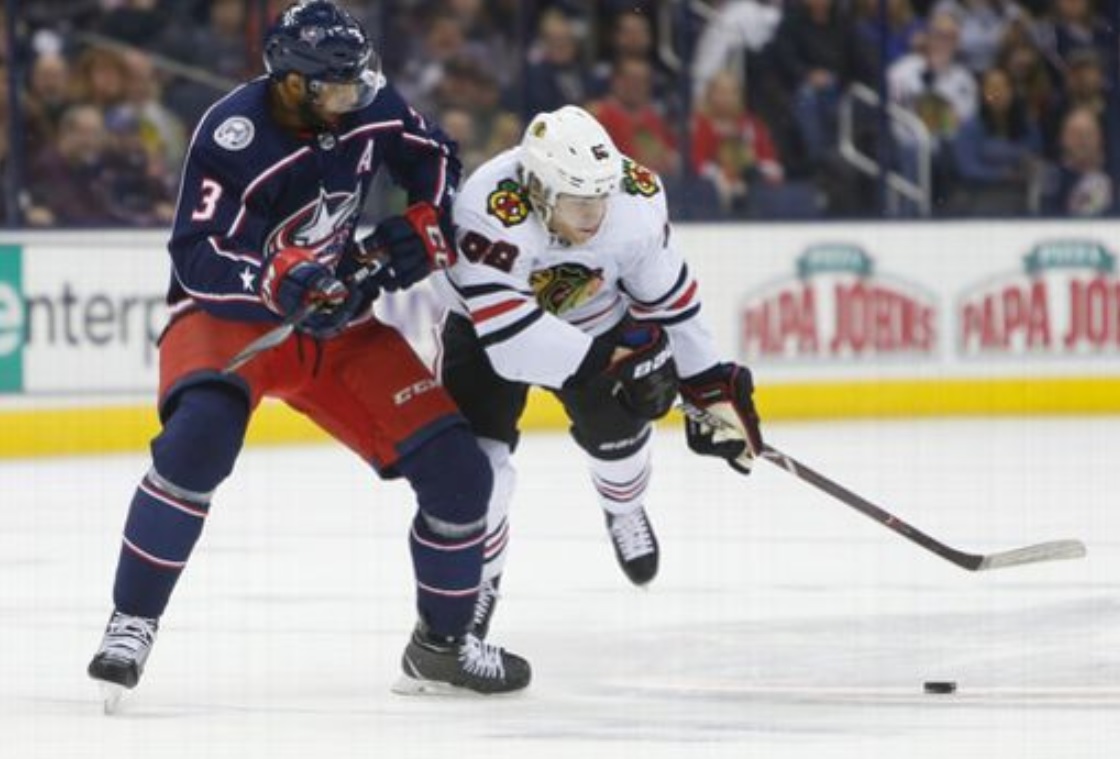 After winning a couple in a row, the Blackhawks headed to Columbus hoping things were starting to turn around.

And less than 90 seconds into the game, things looked good. David Kampf scored his third of the season at 1:28 into the game to give the Blackhawks a 1-0 lead.

Ryan Hartman and Vinnie Hinostroza picked up the assists on the Kampf goal.

But as has been the case all year, a good thing doesn’t last very long for the Hawks. And 16 minutes later, the power play that ranks dead last in the NHL scored against Chicago’s sixth-ranked penalty kill to tie the game. Cam Atkinson picked up the tying goal.

Hartman was called for a high stick behind a would-be breakaway to give the Jackets the power play. He wouldn’t skate another shift in the game, because dumb mistakes are apparently still an excuse to leave the rest of the team short-handed for 40 minutes in a dead season.

Chicago would get the lead back at 9:20 into the second when Patrick Kane set up Tomas Jurco for his first goal as a member of the Blackhawks.

After 40 minutes the shots totals favored Columbus, but only 23-22. And the game was still tied.

There would be only one goal scored in the third, and it wasn’t by the Blackhawks. Eleven minutes into the third Josh Anderson slammed on the breaks and unloaded a shot past Duncan Keith that beat Anton Forsberg for the game-winner.

Chicago wouldn’t put together any sustained pressure the rest of the night.

Hartman skated five shifts and 4:16 in the game. He was credited with one assist, two shots on goal, one hit and one takeaway… but Q stapled his ass to the bench after his penalty in the first period.

Against his former team, Artem Anisimov won only two of 11 faceoffs. Nick Schmaltz won only four of 12 at the dot.

Forsberg made 26 saves in the loss.