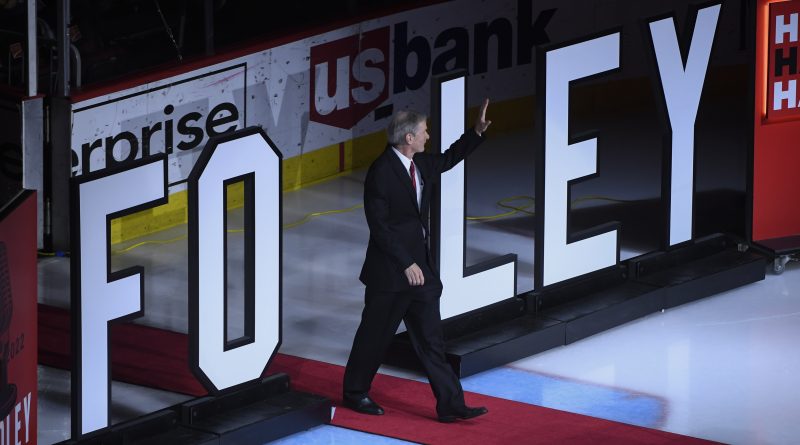 Thursday night’s game against the San Jose Sharks was the final game with Pat Foley in the booth calling the action for the Chicago Blackhawks.

Before the game, the team shared a nice tribute video and Foley spoke on the ice with his family surrounding him.

"If I leave you, it doesn't mean I love you any less." pic.twitter.com/nHowyUb166

Doc Emrick has some words for Pat, and maybe some ? pic.twitter.com/olSS0Qgslc

Some words from Steve Larmer to his friend Pat pic.twitter.com/Hn6muNoRRS

Foley and Edzo were also joined in the booth by a few former players, including Troy Murray, Denis Savard and Chris Chelios.