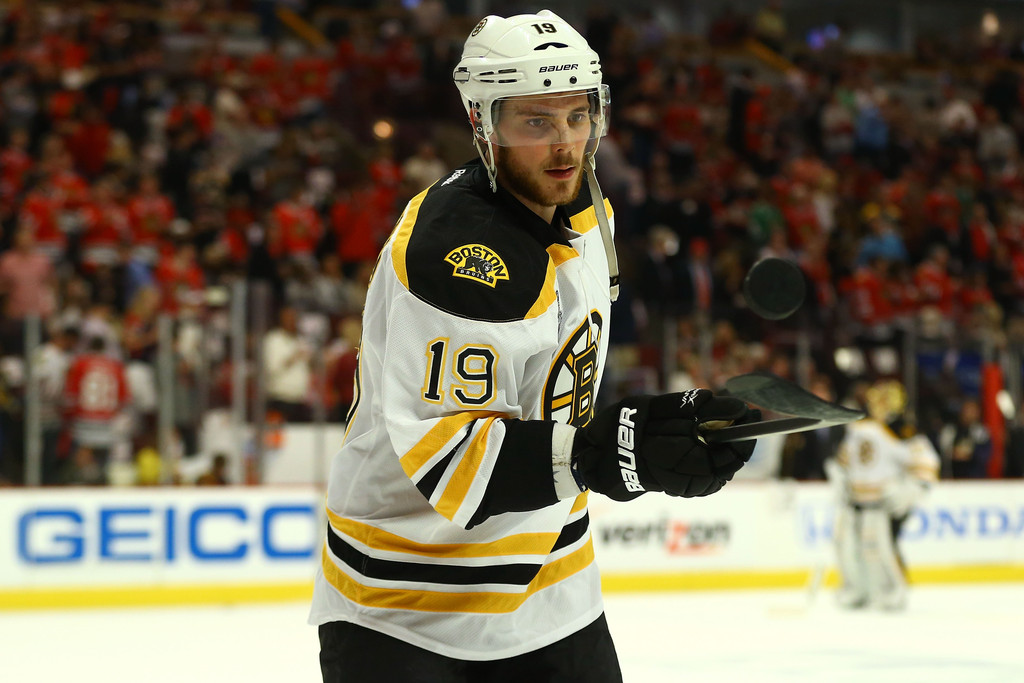 On Thursday, the Boston Bruins and Dallas Stars pulled off the first blockbuster trade of the summer in the NHL.

Seguin, 21, is the biggest name in the deal. He had 32 points (16 goals, 16 assists) and was plus-23 during the short 2013 regular season, but scored only one goal with seven assists in 22 postseason games for the Bruins.

Peverley, who will turn 31 on July 8, scored six goals and added 12 assists during the regular season, and had only two points – both goals – in the playoffs.

Eriksson, who will turn 28 on July 17, posted 12 goals with 17 assists in the regular season for Dallas. He had scored at least 26 goals in each of the four previous seasons with the Stars, who selected him 33rd overall in 2003.

Morrow, 20, was the 23rd overall pick in the 2011 Draft by the Penguins. Split between the AHL affiliates of Pittsburgh and Dallas this year, Morrow posted five goals and 14 assists.

Smith, 22, had three goals and six assists in 37 NHL games last season with Dallas. Fraser, 23, had 33 goals and 13 assists with Dallas’ AHL affiliate this season, and added one goal and two assists in 12 NHL games.