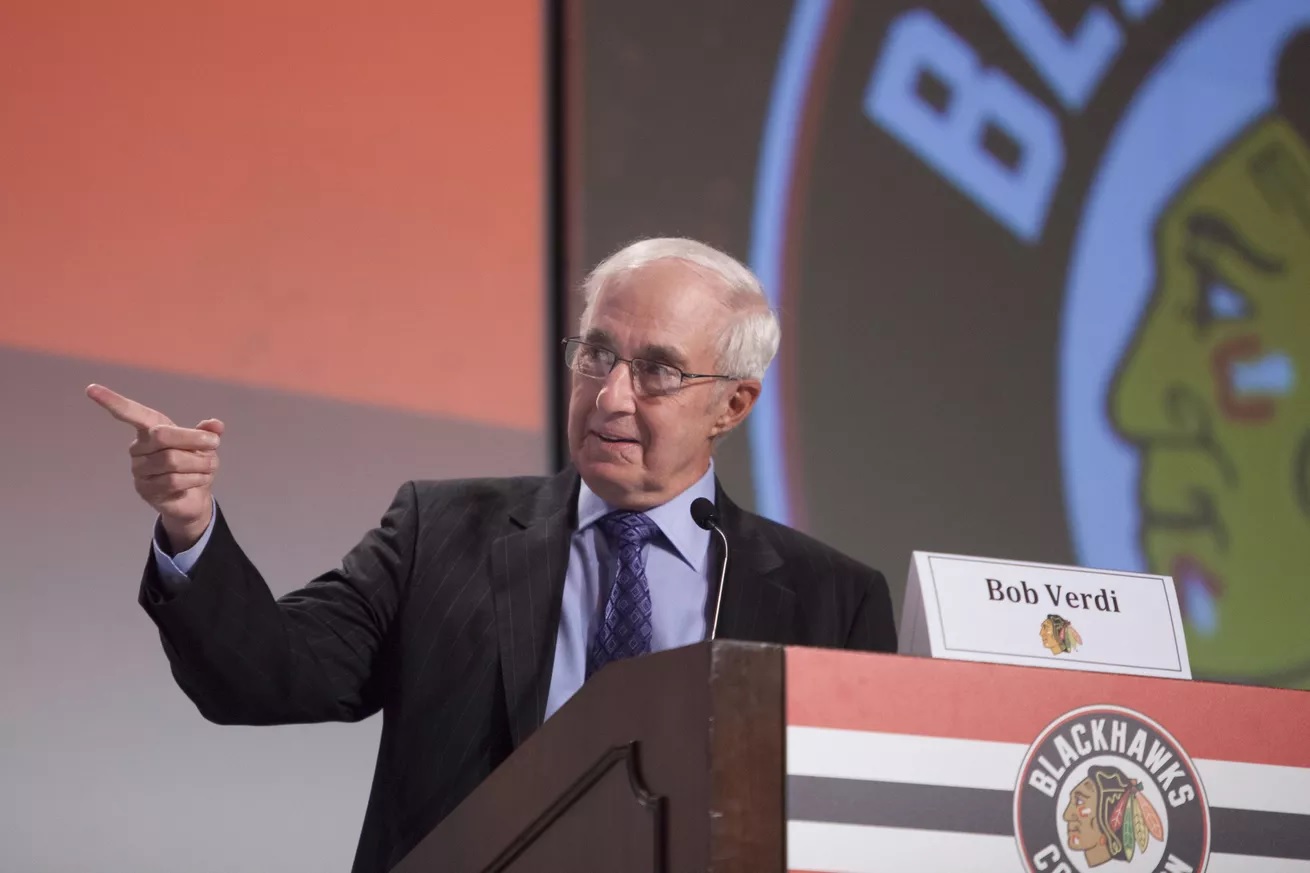 Blackhawks team historian Bob Verdi has earned a place among the immortals of the game.

On Thursday, Scott Burnside, President of the Professional Hockey Writers’ Association, and Chuck Kaiton, President of the NHL Broadcasters’ Association, announced that Verdi will receive the Elmer Ferguson Memorial Award for excellence in hockey journalism. Sam Rosen, the voice of the New York Rangers, will receive the Foster Hewitt Memorial Award for outstanding contributions as a hockey broadcaster.

Named Sportswriter of the Year in the state of Illinois a remarkable 19 times, Bob Verdi honed his skills under the intense pressure that only comes while working in one of the game’s original six markets. In addition to writing or contributing to six books about Blackhawks players and teams, Verdi also spent three decades as a full time writer at the Chicago Tribune. After years as a beat writer covering the Blackhawks, Verdi became a columnist at the Tribune, and continued to delight sports fans everywhere. A native of Brooklyn and a graduate of Lake Forest College, the Blackhawks named Verdi official team historian in 2010.

22 thoughts on “Bob Verdi Headed To The Hall Of Fame”