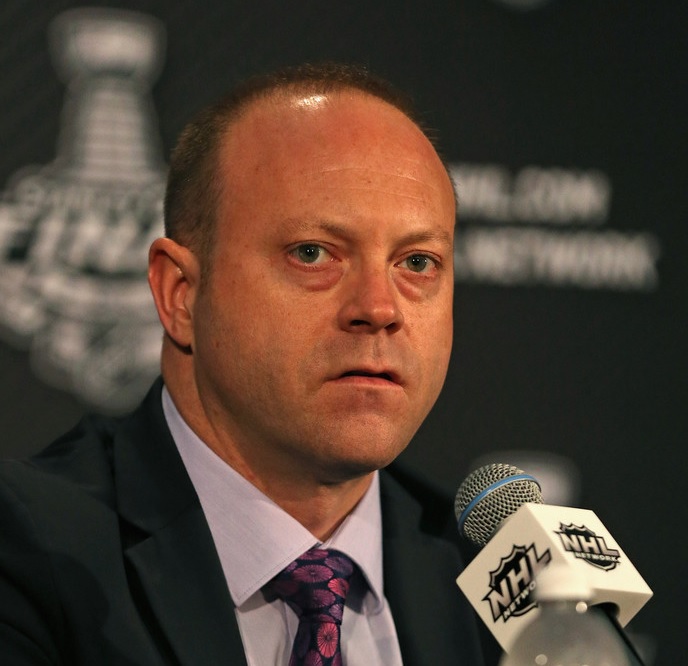 When Blackhawks GM Stan Bowman met with the media on Thursday morning, he confirmed what many had assumed for some time: the Hawks will use their compliance buyouts on defenseman Steve Montador and forward Rostislav Olesz. The window for compliance buyouts ends at 4 PM CT on July 4. Montador and Olesz still need to clear waivers for the buyouts to take place.

By using their compliance buyouts, the Hawks will cut $2.75M (Montador) and $3.125M (Olesz) off the cap for the 2013-14 season. Olesz had only one season remaining on his deal; Montador had two.

This announcement puts to bed the dialogue regarding whether or not the organization would use a compliance buyout on Marian Hossa.

The only reason buying out Hossa would be considered is because of the penalty in the new CBA for players retiring before the end of longer deals. If Hossa retires with one or two years left on his current contract, the Blackhawks would have an enormous cap penalty.

However, the Blackhawks do have options with Hossa beyond using a compliance buyout.

Hossa acknowledged while meeting the media on Thursday that he hurt his back late in Game Two of the Stanley Cup Final, and that he was limited in the final four games of the series. He also admitted that surgery may be an option.

He is only 34 years old, though, and is still a very productive NHL player. In spite of a shoulder injury costing him regular season games, he still posted 31 points (17 goals and 14 assists) in 40 games. And in spite of injuries limiting him in the postseason, he was still tied with Patrick Sharp for third on the Hawks with 16 points in the 2013 playoffs.

According to CapGeek, if Hossa plays three or four more years in Chicago, and then the Blackhawks use a traditional buyout to relieve the organization of his contract, here is what the cap hit would look like (the small numbers on the right indicate a 2017 buyout):

Those numbers are all down significantly from the $5.275M cap hit the Hawks have budgeted for him through the 2020-21 season. Also, the cap is going to go up in coming seasons.

The fact is, Hossa has a lot of good hockey left in him and the Blackhawks aren’t in the same desperate cap situation they were in 2010. Using the teams two compliance buyouts to get the dead weight contracts of Montador and Olesz off the books in 2013-14 has always made the most sense for the organization, and Bowman confirmed the decision of the team on Thursday.

31 thoughts on “Bowman: Blackhawks Will Buy Out Montador, Olesz”