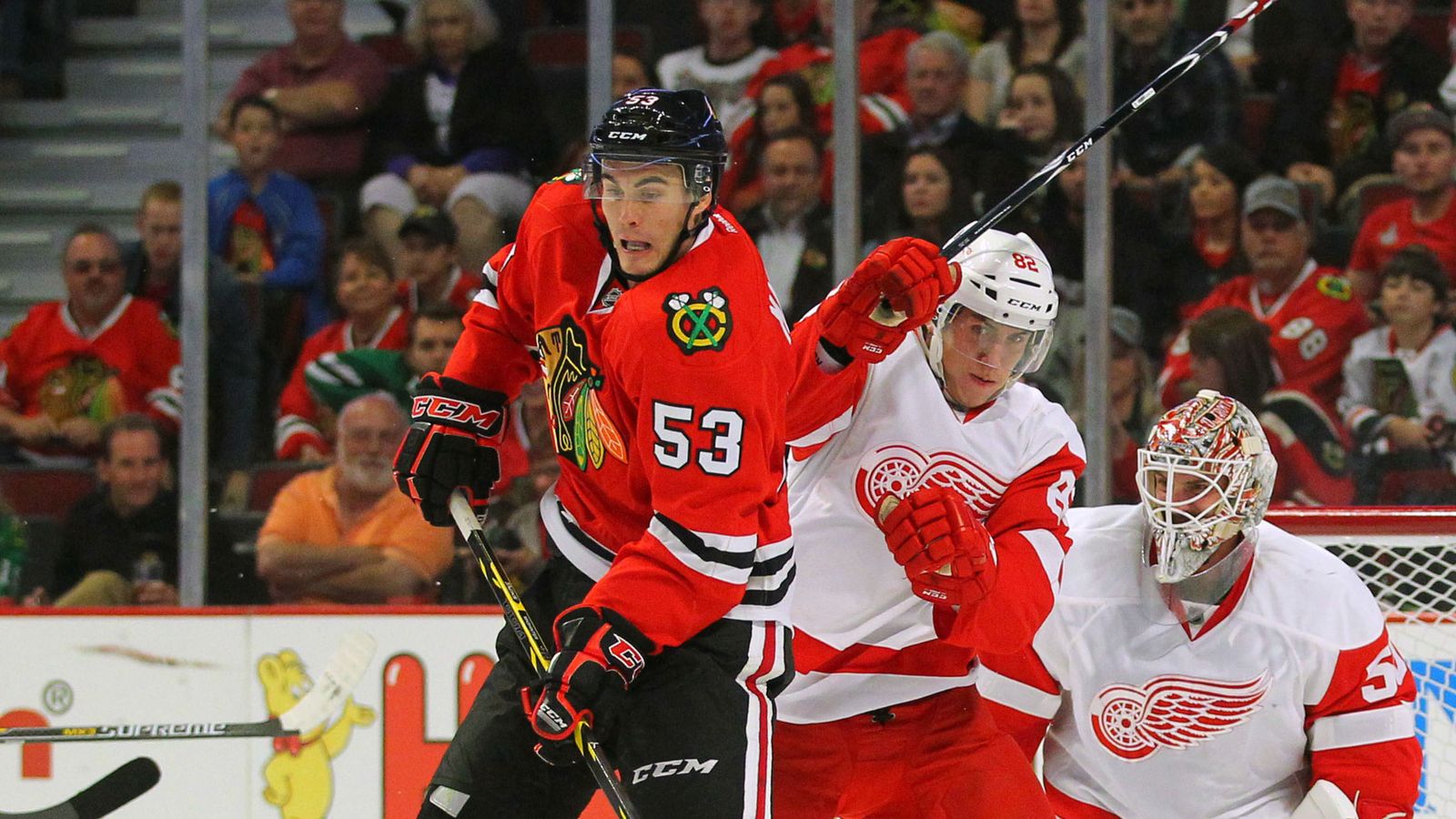 Last night, Brandon Mashinter played his tenth game for the Blackhawks this season.

His box score was empty. He got on the ice for ten brief shifts. He made no impact.

But that’s been the story with Mashinter all season. He’s averaging only 6:57 per game, which isn’t necessarily a deal breaker as the 12th forward. But the fact that he brings absolutely nothing to the table makes his use increasingly frustrating.

In ten games, he has recorded:

He hasn’t recorded a shot on goal in five contests, but somehow reached a personal high of 10:13 on the ice against the Kings in Los Angeles.

Mashinter is doing nothing on a nightly basis while Andrew Desjardins and Viktor Tikhonov, both of whom are on one-way contracts, sit in the press box.

In 21 games this season, Desjardins has 23 hits and 23 shots on goal. He was also a contributor to the Hawks’ penalty kill last year; he appears to have been replaced by Tanner Kero in that role this season, however. Even if he’s only getting minimal ice time on a nightly basis, Desjardins has been a far more productive player this year than Mashinter.

In 11 games this season, Tikhonov has 19 hits and 11 shots on net. He hasn’t been able to fit into the offense yet, but even in limited action he’s been more productive than Mashinter.

If we’re going to accept the “deterrent” reasoning for him being on the roster, his performance isn’t even holding up against the recent “standard” for bottom-of-the-roster forwards whose purpose was, in theory, as much protection of the Hawks’ stars as it was playing the game.

Last year, in 39 games, Daniel Carcillo averaged better than one shot on net per game (42 in 39 games). He had another 19 shots miss the mark.

In the eyes of most fans, Carcillo and Bollig weren’t necessary for the Blackhawks to be as successful as they were over the last two seasons. But they served a role (“deterrent”) and we’ve come to accept that Joel Quenneville likes having one of those guys around.

But even when you line up Mashinter’s play thus far against his predecessors, he sucks.

It’s time for Mashinter to return to Rockford. He was producing there, and could help the IceHogs moving forward. But what we’ve seen in ten games is he’s done nothing to warrant any more time in the NHL.

65 thoughts on “Brandon Mashinter: Why?”