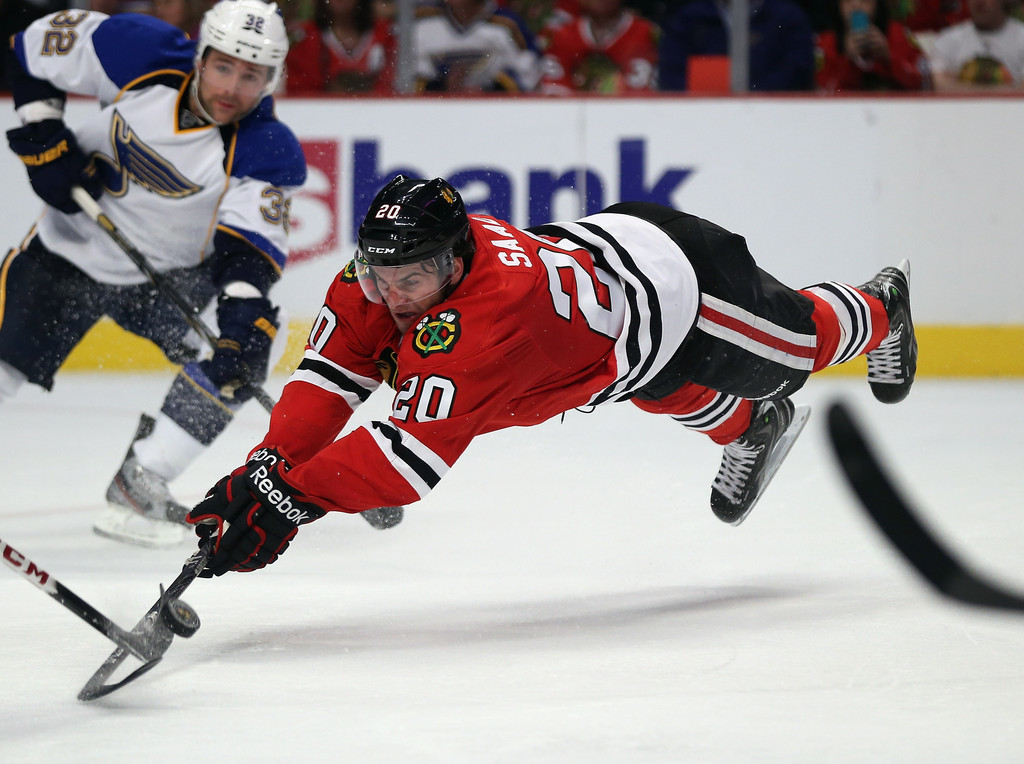 Chicago Blackhawks forward Brandon Saad was named one of three finalists for the Calder Trophy on Monday morning. Montreal’s Brendan Gallagher and Florida’s Jonathan Huberdeau are the other two finalists.

Huberdeau finished tied with Edmonton’s Nail Yakupov for the NHL rookie scoring lead with 31 points, while Gallagher (28) and Saad (27) finished fourth and tied for fifth, respectively. We broke down Saad’s chances of winning the Calder a couple weeks ago.

Patrick Kane was the last Blackhawks player to win the Calder Trophy.

The NHL will be naming the finalists for all of the league’s awards over the next two weeks. For a schedule of announcements, click here.