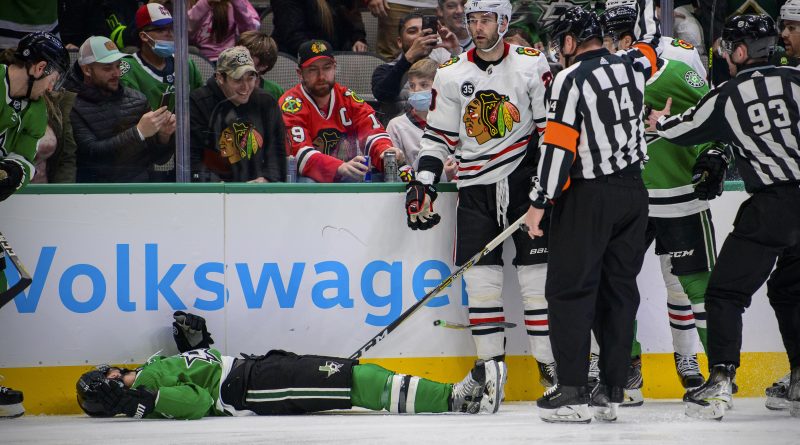 On Sunday night, the NHL announced Blackhawks forward Brett Connolly has been suspended for four games, without pay, for his hit on Dallas Stars forward Tanner Kero on Saturday night.

Connolly was given a major penalty and game misconduct for interference on the play. Kero was taken from the ice on a stretcher and taken to a local hospital.

Under the terms of the CBA and, based on his average annual salary, Connolly will forfeit $70,000; the money goes to the Players’ Emergency Assistance Fund.