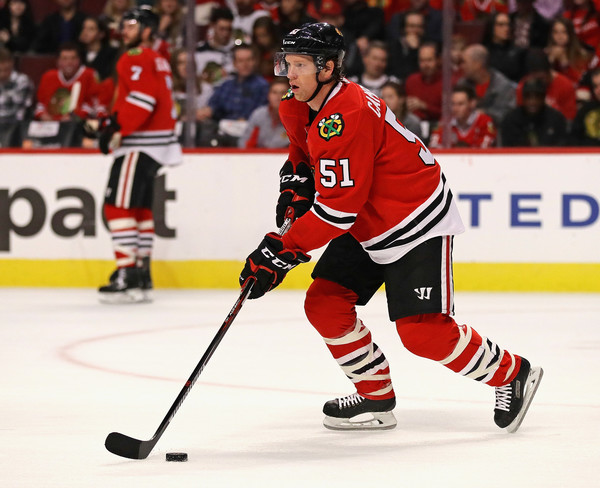 Brian Campbell is a healthy scratch in Nashville on Thursday night, ending a streak of 423 consecutive regular season games in the lineup.

Campbell, 37, hadn’t missed a regular season game since the 2010-11 season when he was with the Blackhawks. He finished an eight-year, $57,143,000 deal that he initially signed with the Blackhawks as a member of the Florida Panthers last season and re-signed in Chicago over the summer.

In a piece written by John Dietz at The Daily Herald, Campbell indicated that this might be his final season.

“I don’t want to go anywhere else. I’m going to decide at the end of the season what I’m going to do, as in whether I play or not. I’ll sit down with the wife and figure it out, see what we want to do and see what our options are from there.”

One thought on “Brian Campbell’s Iron Man Streak Over”