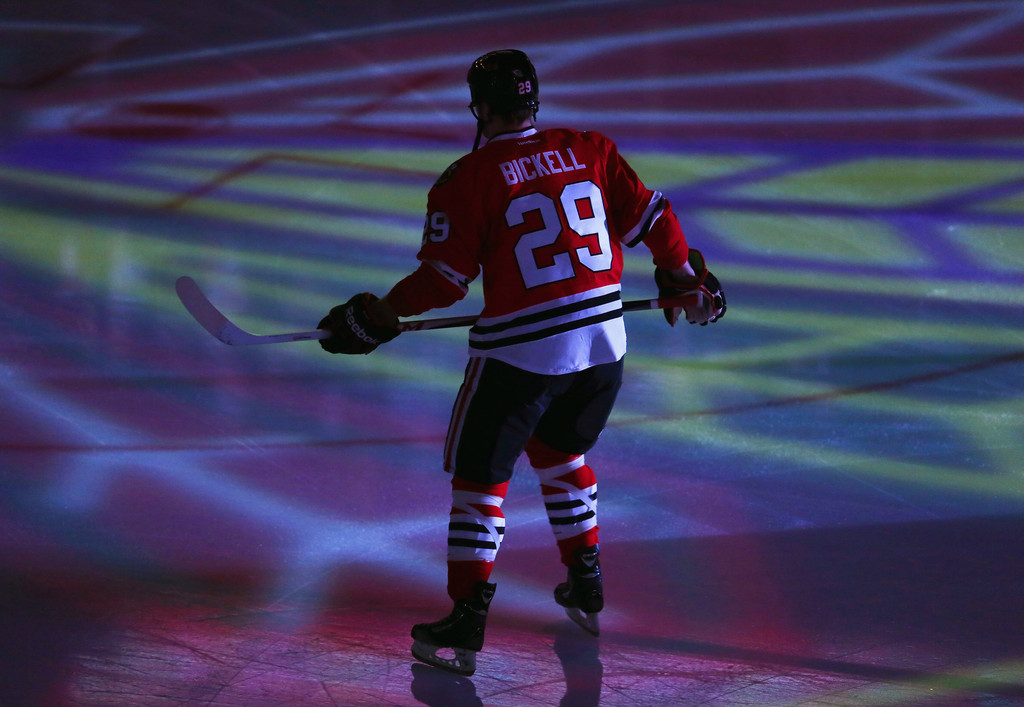 On Friday afternoon, the Carolina Hurricanes announced that former Chicago forward Bryan Bickell has been diagnosed with multiple sclerosis (MS).

Bickell, 30, played 384 regular season games for the Chicago Blackhawks after he was selected in the in the second round of the 2004 NHL Draft. He could have easily won the Conn Smythe Trophy in 2013 after posting 17 points (9 goals, 8 assists) in 23 games as the Hawks captured their second Stanley Cup in four seasons.

He signed a big money contract soon after that playoff performance, but mysterious health issues plagued his remaining days in Chicago (and Rockford). The Hawks traded him with Teuvo Teravainen to Carolina this summer.

Sadly, now we know why he was struggling to get himself right on – and off – the ice.

From the Carolina statement:

“First and foremost, the most important thing is for Bryan to take care of himself and our thoughts are with him and his family,” said Francis. “He will need to take some time to rest in the immediate future, and we will support him as he takes the necessary steps for his health. We ask that his privacy be respected during the process.”

“Since the 2015 playoffs, I’ve been struggling to understand what was going on with my body. Again during the past few weeks, it felt like something wasn’t right,” said Bickell. “Obviously this is a bit of shock for my family and me, but I am hopeful I will be able to return to the ice and continue playing the game that I love.”

For as much as he has been blamed for salary cap casualties in Chicago, it’s always been – and will continue to be – important that fans separate the player from the paper. Bryan Bickell is a man, with a family, who is dealing with an awful, terrible illness that has impacted many of our lives.

Our thoughts and prayers are with Bickell and his family.