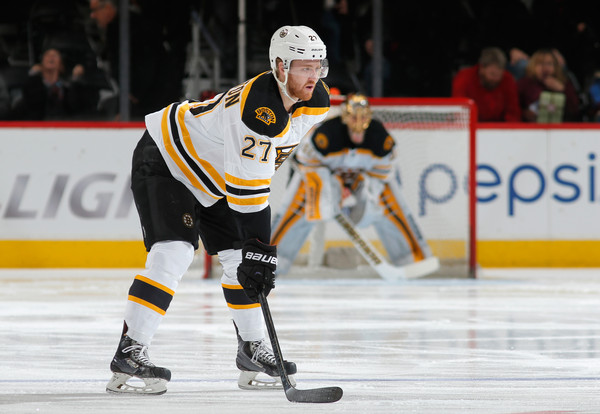 The Calgary Flames have made the first major deal of the summer, acquiring the rights to RFA defenseman Dougie Hamilton from the Boston Bruins.

Boston will receive a package of draft picks including the 15th overall selection in Friday night’s first round. Calgary is also sending two second round picks, the 45th and 52nd overall this year, to Boston.

Hamilton, 22, was the ninth overall pick in the 2011 NHL Draft, a pick Boston acquired from Toronto in the Phil Kessel trade. He posted 42 points (10 goals, 32 assists) in 72 games for Boston last season.

This comes one day after the Bruins acquired a sixth round pick from the Avs for the rights to free agent center Carl Soderberg, who has since signed a five-year, $23.75M deal with Colorado.